Reflections Of An Unintended War Correspondent 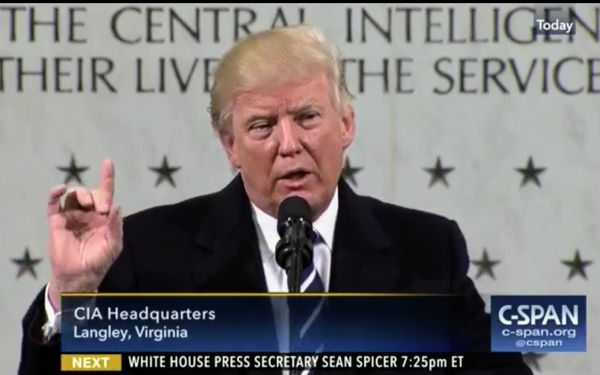 Until 99 days ago, I was just a trade journalist. That changed when the President of the United States declared war on the industry I cover -- media -- and I became an unintended battlefield correspondent. Here’s how the war has progressed:

Since his inauguration, I have covered dozens of stories involving the President’s attacks on the media, and even more surprisingly, on some big consumer brands.

Covering the way brands use media is the bread-and-butter of what I report on as a trade journalist. Marketers frequently use warlike terms -- “marketing salvos,” “campaigns,” “targeting people” -- to describe what they do, it has always been metaphorical. President Trump seems to be doing that literally, using his personal media -- Twitter -- to create or influence White House policy.

His campaign team -- aided by foreign agents -- also used social media as a form of “weaponized propaganda.” Remarkably, according to former FBI agent Clinton Watts, that didn’t stop with the elections, and continues in some forms to this day, including Russian hackers and botnets tweeting at the President in “high volumes” when they know he is on Twitter to influence how he thinks, feels and behaves.

The most interesting stories I have covered over the years have been about the marketing of political brands, especially presidential candidates.

As a media and ad industry trade reporter, I’ve covered the marketing and media efforts of many kinds of brands, but none have been as interesting as the political ones. For two reasons: 1) They are among the most innovative in their use and application of media, developing new forms of database modeling and targeting and media for disseminating it long before mainstream brands have figured it out; 2) Because they are such high-consequence brands: Change your brand preference with a political candidate and your decision can last and influence others for generations.

I started covering political brands in the 1980s with Ronald Reagan’s reelection and continued through Bill Clinton, George W. Bush and Barack Obama. Over the decades their use of media shifted from national outlets like network TV to regional and local media like TV and radio stations -- and more recently digital publishing and social media -- but it wasn’t until Donald Trump’s successful presidential campaign that anyone utilized micro media like Twitter and direct-to-consumer broadcasting like YouTube to bypass the news media altogether.

Another big change has been the way presidential campaigns utilize data to target people with ads and other forms of information. As the 2016 campaign proved, the historical reliance on surveys and polling may now be antiquated. Real insights come from harnessing “Big Data” and 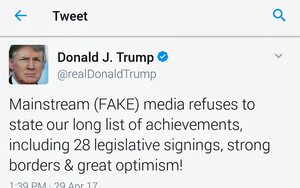 applying those insights in “real-time.”

It’s something that most big marketers are trying to understand and apply in a world where information moves faster than people do. The most successful campaigns use data to tell them not just what media people are consuming, but also what they are feeling at deep, emotional and unconscious levels.

To leverage the speed and power of such information, marketers increasingly rely on a new generation of powerful algorithms, machine learning and artificial intelligence. One of the most powerful of these so-called “black boxes” is a platform known as Cambridge Analytica.

Backed by American hedge fund Billionaire Robert Mercer, the company has been playing an increasing role in influencing the outcome of conservative political campaigns. The platform was initially used by Ted Cruz’s 2016 presidential campaign, and then became a core part of Donald Trump’s.

Cambridge Analytica is a private company and much of what it does is secretive, but people familiar with it say is used to spread disinformation with an almost military precision. What -- if any -- role such media plays in the White House’s war on media after the election is unclear, although it appears as if the Trump White House continuing a campaign-like strategy, conducting rallies, using Twitter and bypassing mainstream news media as if it is in pre-election mode.

A number of conservative political action committees such as 45committee continue to spend heavily on advertising to persuade Americans to support both the President, his policies, his cabinet nominations, as well his Supreme Court pick Neil Gorsuch.

The use of such media post-election is unprecedented and seems part of an ongoing campaign to combat the information Americans receive from mainstream news outlets. As such, they have become powerful weapons in the President’s self-declared war on America’s news media.

During the first couple of months of Trump’s administration, various issues groups spent about $8 million in 27 states either supporting or opposing the confirmation of Trump’s cabinet and Supreme Court picks, according to data from public files compiled by political media consultant and data analysts Smart Media Group.

Keep in mind that this just measured media publicly reported as part of federal disclosure requirements. It does not include the use of dark media propagated by agents or entities working to influence public sentiment about Trump’s White House, its policies, or legislative initiatives.

The worst and most unprecedented part of covering this war has been the incessant attacks the President has made on news media in his personal appearances, public statements and personal media.

According to an analysis of his the first 500 @realDonaldTrump tweets of his presidency by U.K.’s Independent, 39 called the news media “Fake News” -- singling out the “failing” New York Times 15 times and CNN eight times. In total, the newspaper estimates that Trump’s tweets made more than 40 attacks on individual news organizations.

He was at it again this morning, on the eve of the White House Correspondents Dinner, an event at which Presidents are traditionally roasted, and one which Trump took a pass on attending this year in favor of holding his own campaign-style rally. We’ll see what kind of salvos he unleashes against the media tonight, but if it’s anything like today’s tweet lambasting the “mainstream (FAKE) media” for refusing to report on his “long list of achievements,” this war will only escalate, and in the process the thin line of respect and credibility between a White House and the press corps that covers it. 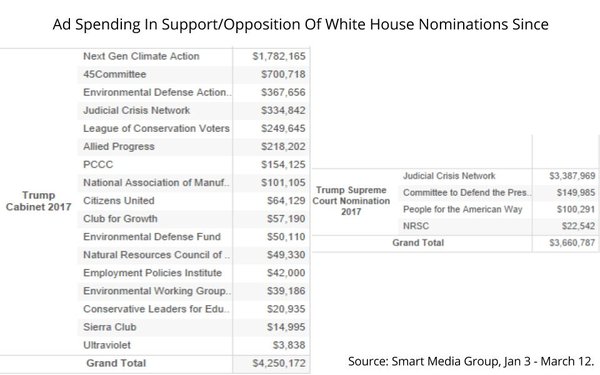