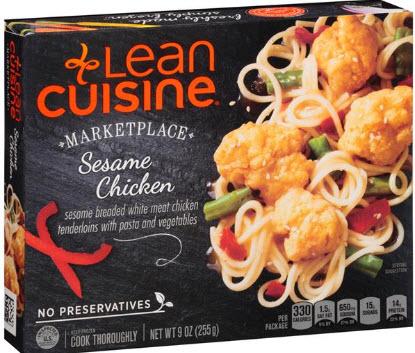 The awards recognize fast-moving consumer goods package redesigns that have increased sales significantly through their effectiveness as marketing tools.

Entries solicited starting in February were limited to redesigns launched between Jan. 1, 2014, and March 1, 2016.

These are the first U.S. package design awards to use actual retail performance data in selecting winners, according to Nielsen.

Nielsen conducted a blind review of entries’ in-market performance to identify those associated with demonstrable increases in retail sales dollars and units in the year following their redesigns. That was followed by surveying thousands of consumers to assess how well each redesign addressed its core communication objectives and gauge purchase preference for the new packages over the old ones.

“Package design often doesn’t get the attention or respect it deserves compared to other marketing tactics,” in part because it’s an analog tool in a digital world, and in part because it’s difficult to attribute sales impact to package design, says Steve Lamoureux, SVP of product development for Nielsen’s Design Solutions. The unit, which has focused on such measurement over the past few years, has found that optimized redesigns generate an average lift of 5.5% in forecast sales revenue versus current designs.

With the resurgence of consumer demand for all things fresh, frozen entrées began to take a beating: The category’s unit sales declined by 7% between 2013 and 2015.

Sales of Lean Cuisine, a market leader, had been declining for a few years. The brand had lost “hundreds of millions of dollars and a significant chunk of market share,” according to Daniel Jhung, VP of marketing at Nestlé USA.

The marketing team determined that it not only had to reposition Lean Cuisine; it had to change perceptions of the entire category. With the brand’s budget reduced to about half of what it had been, “we knew that if we wanted to make a real statement, packaging was the most effective medium,” Jhung told Nielsen. With media fragmentation, not everyone sees a TV ad, but “everyone sees packaging,” he points out. The core repositioning strategy called for changing consumers’ perception of Lean Cuisine from a “diet” brand to a modern health-and-wellness partner.

The brand’s free-fall mode allowed for “tearing it apart” and researching every aspect to rebuild it piece by piece, noted Nestlé design manager Debbie Bester. The brand had been using white boxes with orange as a secondary color for three decades, and “everything was very plug-and-play,” added Jhung. “There was no difference between the varieties and no relation to culture and how we live life.”

Working with selected design agency Pearlfisher, the brand team identified four “food moods” reflecting modern lifestyle modes and created a distinct visual identity for each — including Marketplace, “modern, restaurant-quality recipes made with trendy ingredients.” Using consumer research to assess three design options from the agency, the team ultimately went with the most radical departure: a black background with food photographed on a black restaurant slate, rather than on a white plate, the category standard.

“The new design was the No. 1 reason the Lean Cuisine brand was able to turn itself around,” says Jhung. “We went from declining sales to significant sales gains even before we turned on media support.”

Highlights of Other Winners’ Redesigns

Buchanan’s Scotch Whisky (Diageo) worked with ForceMAJEURE Design to modernize an iconic brand while preserving its heritage so as not to alienate its loyal consumer base. Combined with a media campaign, the design update drove 9% dollar sales growth in the U.S. in the year following its introduction.

Perdue Short Cuts  set out to make its package easier to open and less space-consuming, and to highlight strengths like high protein. Results: Dollar sales increased by 20% in the year after the package redesign. The new design (Perdue chose not to reveal the name of the design agency it worked with) also helped the brand recapture its category lead within just four to six months.

California Olive Ranch Olive Oil worked with Design Womb to update its 1998-era package design to reflect its now-mainstream status and to more effectively convey its California origins and sustainable farming practices. Results: Without a mass-marketing push, the brand’s dollar sales increased 54% (by nearly $15 million), in the year following the package redesign. In addition, its market share jumped by more than 40% between 2015 and 2016.

Cheez-It was a healthy, growing brand that Kellogg believed could achieve even greater momentum with a redesign. The heavily consumer research-driven package redesign (without an increased marketing push) drove sales up 6%, or more than $50 million, in its first year.

Black Ink Wine Guarachi Wine Partners, looking to create a mass-market entry, worked with CF Napa Brand Design to create a compelling new label for what was then a high-end, low-volume boutique cabernet sauvignon. The vintner actually created a new wine, a red blend, in tandem with the label design, with the design influencing the product’s development. Results: Black Ink’s dollar sales in the year following the redesign increased nearly thirteen-fold compared to the prior year.

Nielsen will announce the first winners of the Nielsen Design Impact Awards, which were created in conjunction with the package design trade publication The Dieline, at the HOW Design Live Conference in Chicago today. Winner case studies are summarized in a free downloadable document on the Nielsen site.