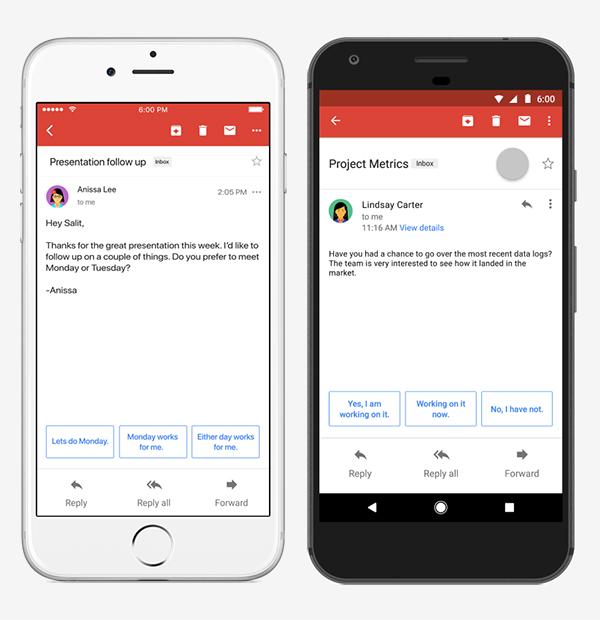 Powered by Google’s neural networks, Smart Reply ingests the content of every incoming email message to suggest three grammatically correct email responses. Users click on the button corresponding to one of the suggested messages and hit send, effectively eliminating the need to type at all.

The feature is built for the mobile realm, allowing email users to quickly respond to messages with a single click. Smart Reply can also help organize an email inbox by alerting users as to which emails they need to respond to, differentiating email marketing messages from important mail like those from a boss or family member.

Smart Reply is only available in English for now, but Google plans to offer support for Spanish speakers in the coming weeks.

Google first introduced Smart Reply to its mobile email applications available on both iOS and Android devices with Inbox at the end of 2015. The company then launched the same machine-learning feature to Google Inbox on the Web in early 2016, enabling desktop users to generate automated responses to email messages.

Smart Reply for Gmail also “increases the percentage of usable suggestions and is more algorithmically efficient,” states Google researchers in a blog post announcing the news.

Google says 12% of all email replies from its Inbox mobile app now use Smart Reply, a number that is likely to increase now that the feature is available on Gmail for the first time. Gmail accounts for more than 1 billion monthly active email users, and is the largest consumer email client available.