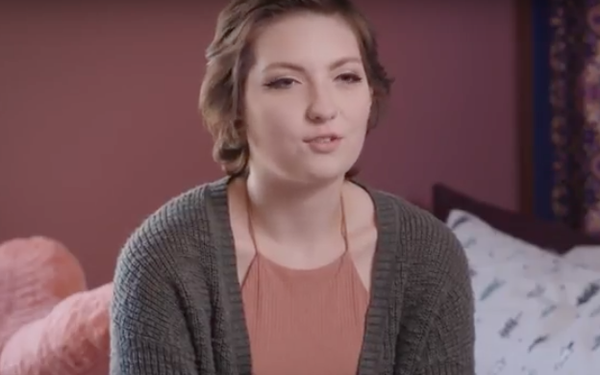 For all the growing acceptance of medical marijuana and cannabis use, there is still some perception that it’s simply a way for people to use an illicit substance without repercussions.

In Minnesota, locally licensed medical cannabis manufacturer LeafLine Labs is looking to change that perception by putting faces to the solution, showing off in videos exactly how medicinal cannabis has changed people’s lives for the better.

“The general audience needs to know [these stories] because there’s so many people who are affected by cancer [and other maladies] that can be helped with medical cannabis,” Cameron High, associate creative director at Haberman, which created the campaign, tells Marketing Daily. “We’re trying to remove the stigmas people might have about cannabis from growing up.”

The videos tell the stories of the “firsts” that three patients were able to accomplish after using medical cannabis. In one video, Jayden, a teenager who has ovarian cancer, speaks about how LeafLine’s products helped her maintain her appetite while undergoing treatment and participate in “normal” teenage activities. “Before being on medical cannabis, I didn’t really feel like a teenager. I felt like a kid. I couldn’t take care of myself, and I was super weak,” she says. “Once I started medical cannabis, I was able to live a normal teenage life.”

Other videos in the series feature a woman who uses cannabis to alleviate the symptoms of fibromyalgia and a man who uses it to help battle multiple sclerosis.

“Our job is to tell stories of pioneers who are making a difference in the world,” High says. “This is what it means to have a normal life again, and do something for the first time again.”

The videos will appear on LeafLine’s Web site, as well as in paid social media outlets. They will also be supported by out-of-home elements in Twin Cities’ Metro Transit locations. “We thought those areas were an opportunity to tell these stories, and a place where people are going to be able to sit and read these stories,” High says.