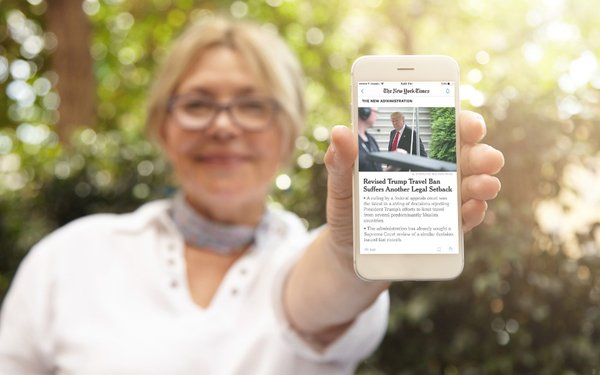 In March, about two-thirds (67%) of U.S. consumers ages 65 and older read the news on a mobile device. That represented a 24-percentage-point increase over the past year, according to new findings from the Pew Research Center.

While older adults are finally getting on board the mobile train, many are doing so reluctantly. Among the 65+, for example, less than half (44%) prefer to get their new via mobile.

Across all adults, a clear majority (65%) of those who get news on both mobile devices and desktop/laptop computers prefer to get their news on mobile, according to Pew.