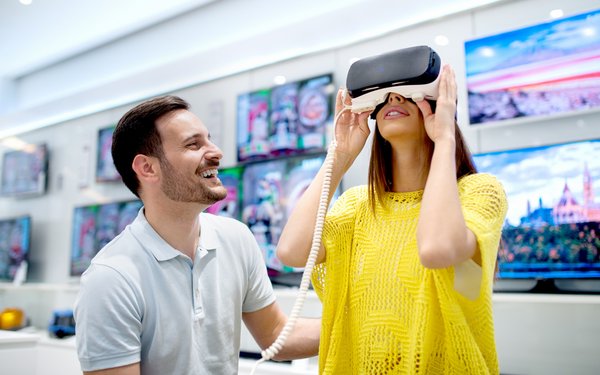 The number of virtual reality headsets in use is expected to multiply globally in the coming years.

In addition to increased growth, VR content revenue generation will shift from gaming toward VR video, according to a recent study.

VR content will generate $15 billion globally by 2021, based on PwC’s Global Entertainment and Media Outlook forecasts. More than half (53%) of that will come from video.

Interactive and gaming content currently leads the VR market in revenue, but video is expected to generate the most revenue in VR after next year moving forward, according to PwC.

Consumer spending on VR content in the U.S. will more than quadruple from last year to almost $2 billion by the end of this year.

About two thirds of those VR headsets are mobile-based viewers, such as Samsung’s Gear VR and Google’s Daydream View, according to IDC.

PwC expects the global installed base of VR headsets to grow from 17 million last year to more than 257 million VR headsets by 2021. Furthermore, that growth will be able to support advertising in VR by 2021, according to PwC.

Mobile-based VR viewers are expected to continue to own the market globally in 2021 with the majority (89%) of headsets requiring a smartphone, according to PwC.

That study found that more than 460 companies are currently operating within the global virtual reality market.