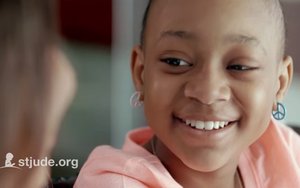 With retailers closing thousands of stores and malls growing emptier, it’s easy to think Americans would be less inclined to pony up for good causes at the register. But the latest Charity Checkout Champions report says that people contributed $441 million last year to some of the biggest point-of-sale campaigns, up 4.5% from 2014.

The biggest fund-raiser is eBay for Charity, which raised $56.6 million by allowing sellers to give a portion of sales to one of 34,000 charities. The Miracle Balloon program at Sam’s Clubs and Walmart stores came in at No. 2, raising $37 million for Children’s Miracle Network Hospitals in just seven weeks. And Petco bumped the McDonald’s Coin Collection program, benefitting Ronald McDonald House, out of third place, generating $28.3 million in gifts for the Petco Foundation, which funds pet welfare and adoption groups.

“We were concerned going into the study that the number would be way down because of retail bankruptcies and store closures,” says Megan Strand, director of communications for Engage for Good, formerly the Cause Marketing Forum, which conducted the study.

The largest dollar gain came from Best Buy’s program for St. Jude Children’s Research Hospital, increasing by $8.5 million from the 2014 study. The electronic retailer also added a “donate” option to its payment app. And the biggest percentage growth—614%—came from Panda Express, generating $8.3 million for Children’s Miracle Hospital Network. That big jump, it turns out, is fueled by what might be called radical gratitude. Instead of simply thanking customers who donate, Panda Express employees now ring a bell, so the entire crew can yell “Thank you!”

The study includes retailers that raised at least $1 million in consumer donations and excludes chains that decline to participate, such as Walgreen’s Red Nose program. Programs like Amazon Smile, where the company makes a donation on behalf of the customer, are also excluded.

And round-up programs are gaining in popularity. She says some retailers, such as Circle K and Panda Express, are also using the round-up option as another shot at the customer. “So they’ll be asked at the register if they want to donate, and if they say no, asked if they’d like to round up to the nearest dollar amount for a smaller donation,” she says. “It’s a second bite at the apple.”