Bang A Gong: The Dregs Of Summer Have Arrived 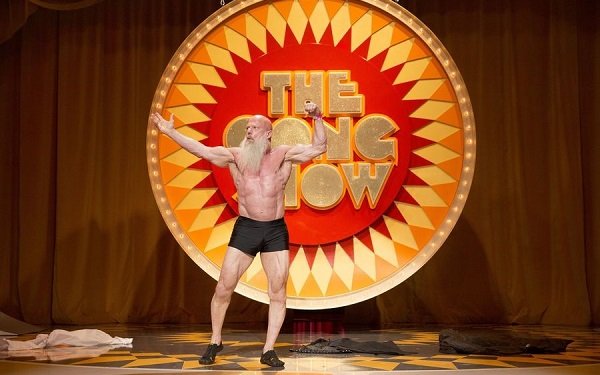 Not that a TV columnist is owed any sympathy, but let the record show that June has long been the most fallow month of the year in which to pursue this profession.

Don't believe the hype that has emanated from the TV business over the last few years that the networks are now taking summer seriously enough to consider it to be an entirely new season of its own.

Yes, it is true that a handful of shows have established themselves as summer traditions by now -- from “Big Brother” on CBS to “America's Got Talent” on NBC. But there is also clear evidence that summer is still the time for television networks to scrape the bottom of their development barrels for dregs they then foist upon the rest of us in prime time.

Exhibit A is this Thursday's premiere of a new “Gong Show” on ABC. Like the one that is a little too well-remembered by an aging generation who first saw the Chuck Barris version in 1976, this new one features ridiculous “acts” with dubious talents who perform for a panel of three judges.

Unlike the original, the new one is an hour -- 30 minutes longer than the old one. However, it's doubtful the new one would seem any better at half the length.

The thing about a show such as “The Gong Show” is that it is technically critic-proof. I mean, what is a reviewer supposed to say about it? That it's terrible? That it's a waste of time? That it's offensive? That it represents the very worst that TV has to offer?

All of these statements apply to this show, but none of them will come as news to anyone. “The Gong Show” exists to fulfill all of these criteria. It is a terrible, offensive waste of time that represents the very worst that TV has to offer -- and is proud of it.

For the record, the judges in this new “Gong Show” are Will Arnett, Ken Jeong (who seems to have won this gig as a booby prize for having his ABC sitcom “Dr. Ken” cancelled last month) and Zach Galifianakis.

The host who takes on the role made famous long ago by the show's creator, the late Chuck Barris, is a leering Englishman named Tommy Maitland. Of all the acts on “The Gong Show,” it is Maitland who deserves most to be gonged.

Among other faults, Maitland has been given all sorts of off-color jokes and puns to utter. For example, when introducing a pianist, Maitland says, “It's not the size of the pianist, but it's how well you play his instrument!”

After the pianist finished his act -- in which he played a piano while contorting himself into various positions such as standing on this head -- Maitland said this: “I haven't heard tinkling like that since Justin Bieber whizzed into a mop bucket!”

Want to read another? Of course you do. When introducing a pair of male and female singers, Maitland welcomed them onstage thusly: “This act happens to share the same name as my testicles. Please welcome Kevin and Elaine!”

Let it be said that like the show itself, Maitland is supposed to act this way. And you, the viewer, is supposed to regard “The Gong Show” as some sort of guilty pleasure you know you shouldn't watch, but you watch anyway.

Or do you? That is the question. June is a month in which HUT levels have traditionally been among the lowest all year. For a TV columnist, the month always brings special challenges when it comes to selecting topics for a daily TV blog like this one.

That's why you get situations like three separate columns in the space of a few days about this past Sunday's Megyn Kelly show on NBC. In a more active time of year, one column would have sufficed for a show that drew just over 3 million viewers despite an avalanche of pre-show publicity over her interview with Internet kook Alex Jones.

It is also why I am bothering today to write on this new “Gong Show.” The TV Blog is nothing if not reflective of, and reactive to, what's going on in the world of TV content today. Which means: We're going to let you know about a new “Gong Show” whether you like it or not.

tv
2 comments about "Bang A Gong: The Dregs Of Summer Have Arrived".
Check to receive email when comments are posted.
Read more comments >
Next story loading