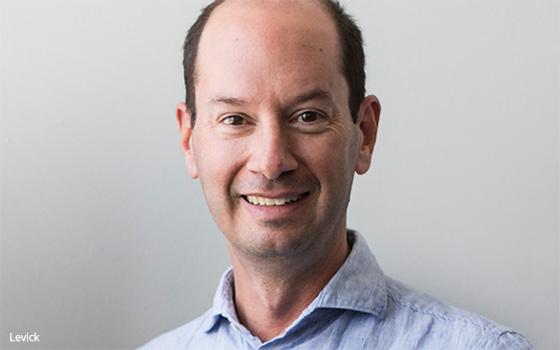 Levick's appointment comes after TPT secured $40 million in Series C financing in January. The company plans to put it toward expanding the site's video production, sales and editorial operations, as well as developing new distribution and revenue opportunities.

Jaymee Messler, cofounder and president of TPT, stated: “Jeff’s expertise in developing monetization strategies through advertising and subscription-based revenue will be invaluable as we continue to diversify our revenue streams.”

Most of TPT's revenue currently comes from branded content. The latest financing will support the diversification of TPT's revenue streams, such as exploring a subscription business for the free site, a push for an international expansion, licensing and OTT.

Previously, Levick was CRO at Spotify, where he oversaw the monetization and distribution strategy for the company's free and subscription enterprises. Spotify expanded from 12 to 58 countries while Levick was there.

Prior to Spotify, Levick was president of global advertising and strategy at AOL, where he was responsible for product strategy, research, marketing, advertising technology and branded entertainment.

Levick also held various roles at Google, where he started in 2001 as an original member of its advertising team.

Last month, The Players’ Tribune hired Joe Carney, its first SVP of sales and brand partnerships, another move that shows the site is positioning itself to actively build out the company.

Messler at the time stated Carney will "help develop new and inventive ways to capitalize on our premium content across all platforms as we aggressively look to expand our advertising strategy and drive revenue.”

Separately, Jessica Winter has been tapped as NewYorker.com’s new executive editor, replacing Vera Titunik, who is heading to Wired to become its features editor. Winter will take on the position July 17. Winter has served as the features editor at Slate since April 2015.