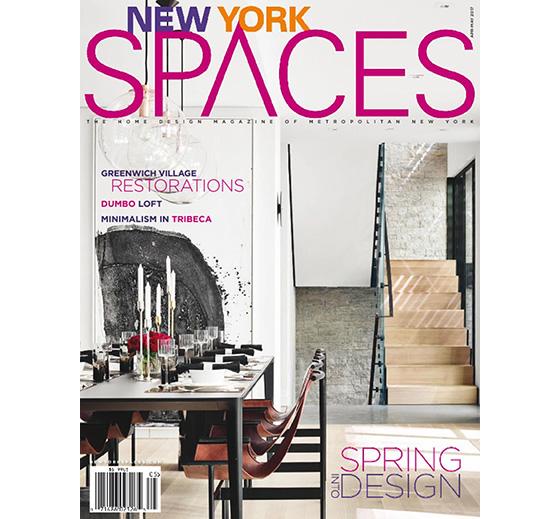 This is the third magazine MOD Media has added to its portfolio this year. In March, the company launched luxury lifestyle title ChicagoMOD and in April, it introduced Highways, a luxury auto magazine produced in partnership with Benzel-Busch, New Jersey’s dealer of Mercedes-Benz and Audi, among other brands.

Published eight times a year, New York Spaces’ reportedly has a total readership of 200,000 and a demographic of an average household income of $914,000.

Steitz said the company will focus on expanding New York Spaces’ “key programs,” such as its annual events “Top 50 Designers” and “What's New? What's Next?”

She added: “The company will look to propel the brand by enhancing the current robust platform. We will apply our corporate mind-set, which includes facilitating connections on behalf of our advertising partners through customized, fully integrated marketing solutions and events.”

In March, when Davler Media Group announced it was tapping into the LGBTQ space with the acquisition of Metrosource, the second-largest LGBTQ publication in the U.S., it also teased an upcoming launch of Exuberance, an LGBTQ-focused spinoff of New York Spaces.