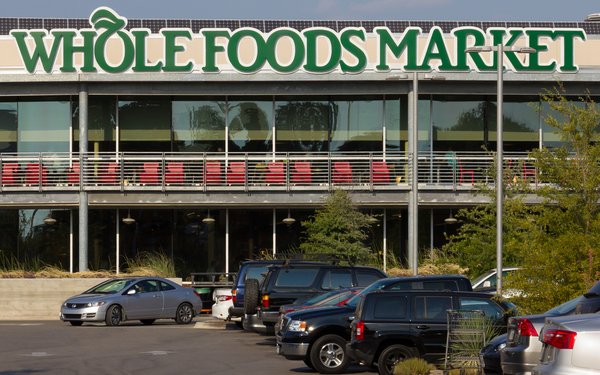 Amazon's acquisition of Whole Foods will likely influence search strategies, having a ripple effect across retail, according to Eric Marcy, president of AdGooroo.

Marcy believes that investments will rise during the next 12 to 18 months. Marketers will see an increase in competitive bidding that will raise the cost per click, affecting the return on investments of campaigns. "You will start seeing an uptick in online searches for groceries," he said. The data only reflects desktop search, but he believes "mobile clicks will also rise. Conversions will probably remain more efficient on the desktop, for now, because that's where people research their weekly shopping."

It has been more than a week since Amazon announced the purchase of Whole Foods, so AdGooroo dug into U.S. Google desktop text ad activity on 124 non-branded grocery store and grocery delivery keywords from June 2016 through May 2017, including terms such as "grocery store," "groceries delivery," "grocery delivery service," "online grocery shopping," and "supermarket."

AdGooroo found that during these 12 months, 1,741 advertisers spent $4.5 million sponsoring the non-branded grocery keyword group — an increase of 245% in ad spend from the same period ending in May 2016.

It also shows that the top 10 paid-search spenders on the keyword group have dramatically increased their investment over the last 12 months compared to the same period ending in May 2016.

AdGooroo also looks at Wal-Mart's relationship with Uber and Lift to expand its curbside grocery pickup service. Jet.com, which Walmart acquired in September last year, spent an additional $82,000 on the keyword group during the period, up from just $3,000 in the 12 months preceding June 2016.