Trump's War On TV News: It Gets Worse Every Day 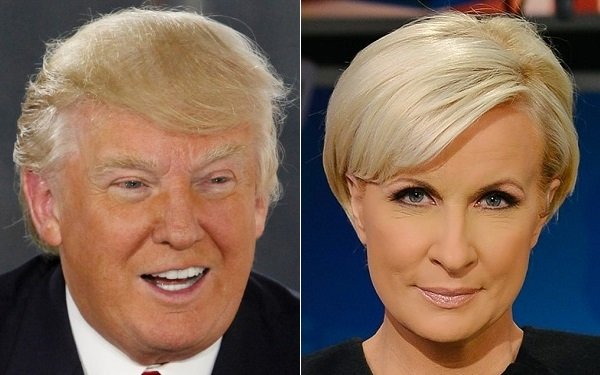 Trump's war this week on Mika Brzezinski is straight out of the Trump playbook.

It's a playbook that journalists on the TV beat know well. Where this week’s Twitter attacks on Mika are concerned, the Trump “strategy” -- if you can call it that -- is to bad-mouth TV personalities who criticize him and for good measure, insert a few claims about ratings that are baseless and inaccurate.

In fact, the claims Trump has long made about ratings indicate that he has likely never set eyes on a ratings chart in his entire life. Or if he has, then his ability to look at hard data and then make it transform magically into something else is a wonder to behold.

I won’t belabor this point because I’ve mentioned it a few times in previous blogs about Trump, but many of us who were writing about Trump in the early days of “The Apprentice” on NBC were on the receiving end of morning-after phone calls from the man himself boasting about how the show beat all the other networks in the overnights.

A short while later, when we received our own ratings rundowns from sources who were more reliable, Trump’s claims were always wrong. We all found it hilarious because exaggerating or misrepresenting the ratings was something many people in television did then and still do today.

But TV personalities and network executives are not held to the same standards as U.S. presidents -- which has been a problem all along when it comes to Trump, who is the first TV personality to become a president (Ronald Reagan doesn’t really count because at least he had also been a two-term governor of California).

So here we are: The president/TV personality goes after Mika Brzezinski, her MSNBC show “Morning Joe” and her co-host Joe Scarborough with claims about the show’s ratings that are wrong.

Our Wayne Friedman pointed this out here in a story posted yesterday.

Trump has long taken aim at the “Morning Joe” show. He apparently never misses an episode. This week, however, his feud with the show flared into the spotlight because his tweets included one in which he claimed Scarborough and Brzezinski came to visit him last New Year's Eve at Mar-a-Lago and Mika's face was bleeding from a fresh facelift.

Among other things, it became another instance where Trump attacked a woman for her looks and also for bleeding -- two subjects that are practically running themes with him.

Here again is a claim that is easily refuted if it is not true. So Joe and Mika refuted it, even providing photographic evidence from that very visit that showed Mika not bleeding. For the record, nor was there any evidence that she had had a facelift either then or ever.

Joe and Mika co-wrote an op-ed piece that can now be read on the Washington Post Web site here.

As a columnist who writes often on the subject of Trump when his antics intersect with the world of television (which is pretty often), I begrudgingly salute this Joe and Mika co-production as one fine column on this subject.

The thing is, it's not that challenging to position oneself as taking a high road when going up against Trump. With him, there is no high road. Or at the very least, high roads are routes on which he very rarely ventures.

It's a big weakness if you are going to be a president who uses Twitter like you’re a hormonal teen. The tweets that have become the president's stock-in-trade are all reactive missives into which no aforethought ever seems to be applied.

So naturally, when a public person such as this goes off half-cocked all the time, it is not that difficult to reply to him in a way that is measured, pointed, accurate and even comedic (as in the late-night monologues, for example).

In other words, Trump’s targets almost always come out of these flare-ups looking better than him – except, possibly, to those who still support him. The problem with this group is, none of the rest of us seem to know any of them.

So writing an opinion piece about what they might be thinking when Trump makes up a story about someone bleeding from the face is not something I feel comfortable doing.

The question is worth asking, though: At what point do even his most fervent supporters throw up their hands and say, “Enough.”

And even if they did become fed up with their president, what are you gonna do? Impeach the man for high tweets and misdemeanors? Questions to ponder as the nation gets ready to celebrate the 241st anniversary of its founding.