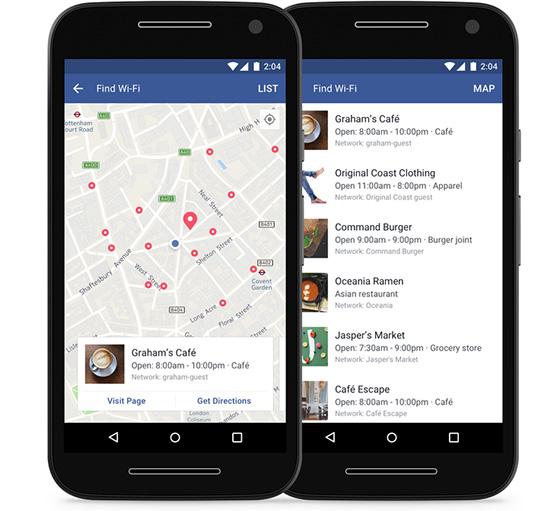 The more time people spend on Facebook, the better it is for the social giant and its business partners. It’s no surprise then, that Facebook is expanding its Find Wi-Fi initiative worldwide.

The Find Wi-Fi feature helps Facebook users locate available Wi-Fi hot spots nearby -- or at least those that businesses and other institutions have shared with Facebook from their Page.

“Wherever you are, you can easily map the closest connections,” Alex Himel, an engineering director at Facebook, notes in a new blog post.

The tech titan first launched Find Wi-Fi in a handful of countries last year. During the test, it found the service was especially helpful for travelers and people living in less densely populated regions.

To find Wi-Fi hot spots, users are being asked to top their Facebook app, click on the “More” tab, and then “Find Wi-Fi.”

The low bandwidth version of Facebook’s app debuted back in 2015 as part of a broader effort to grow its network beyond those consumers with access to high-speed broadband networks. Indeed, connecting all humanity has long been one of Facebook’s stated missions, but doing so has not been easy.

In 2016, for example, Indian telecom regulators decided to block Facebook’s Free Basics Web service as part of a ruling in favor of net neutrality. The move made good on a threat issued in 2015 by the Telecom Regulatory Authority of India -- an independent regulator of the country’s telecom industry.

Also in late 2015, Egyptian authorities pulled the plug on the free Internet service for reasons they never fully explained.