Do You Have The Startup Gene? 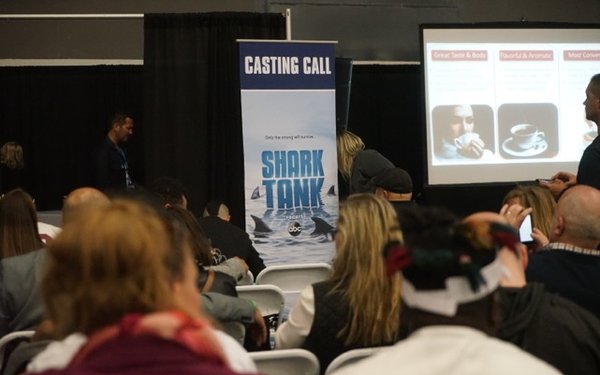 It’s 5 a.m. outside Pier 94, on New York’s West Side. The cavernous building is still quiet. It will be hours before the doors open. But that hasn’t stopped more than 300 people from lining up before sunrise,  waiting to get their color-coded wristband and the shot to pitch their entrepreneurial hearts. The goal: a coveted spot on the hit TV show "Shark Tank."

The show is an entrepreneurial mecca for hopeful business founders struggling to stand out. The open casting call is being held at TechDay NYC, and it’s just the first step on the long journey to get on prime-time TV. In today's crowd, startup hopefuls practice their elevator pitches with their props in hand.

But do they have what it takes -- the drive, ambition, passion, and absolute conviction that their idea is going to be big? It’s a complicated elixir of personality elements.

But for the first time, there is growing science that says Startup DNA can be identified -- and even coaxed from being dormant to dominant. But first, you need to know what it is.

As early as the 1930s, economists such as Irving Fisher and John Maynard Keynes stressed the impact of psychological factors on economic behavior. Studies suggested that entrepreneurs can be susceptible to biases and errors, such as over-optimism, hyper-core self-evaluation (extremely positive self-assessment) or the illusion of control.

Malcolm Gladwell famously said: “Innovators need to be disagreeable ... They are people willing to take social risks — to do things that others might disapprove of.”

Standing here, watching the crowd of hopefuls, I have to ask myself if I've got the startup gene. Lots of reason to believe I do, since I started out selling day-old newspapers at age nine and have been going strong ever since.

Back to the "Shark Tank" screening sessions, where products include an automatic floor pump to clean up floods, a translucent inflatable shark (purpose unknown) -- and lots of company founders sporting branded T-shirts. Everyone was trying to make an impression.

There would be 300 pitches by the end of the day. The show receives around 40,000 applications a year. Only 180 will make into the studio to make their pitch. Even fewer will make it onto the show.

At the screening session, participants each have 60 second to make their pitch. The first round of casting isn’t about reviewing a business plan. "Shark Take" producers are looking for passion.

And while “passion” might be enough to make good television, Kyriakos Kokkoris has science that says that isn’t enough. Kokkoris is a personality scientist with a focus on DNA. "Entrepreneurs are neither born or made. As unique human beings, there is a genetic predisposition and then based on the various environmental influences. Either this predisposition will be further developed or suppressed,” says Kokkoris.

He runs Karmagenes,  a DNA testing company that, with a simple cheek swipe, can offer you insights into your personality as driven by DNA. He says your DNA won’t guarantee that you’re going to be a success, but it can help you nurture your “unique predisposition.”

Karmagenes says personality is determined by genetics, which is controversial. Personalities are a mix of nurture and nature: but Kokkoris says that by knowing their predisposition, users of the Karmagenes kit can remedy “weaknesses” or focus on strengths.

So what about our "Shark Tank" hopefuls? Today, they seem to come straight from central casting.

Katrina Robinson had driven to New York from Atlanta the night before. Her business is Anthrese Atown Apples, a new take on the traditional candied apple. Robinson says she’s 100% entrepreneur. “I do hair to invest into my apple business, so I’m just here on a hope and a prayer,” she said.

Another entrepreneur, Andro Samuel, has a company called LiveESQ, which aims to instantly and digitally connect people with nearby lawyers while they're having a police interaction about a possible traffic violation.

Vegan condoms. Candy apples. Civil justice. What do they have in common? Entrepreneurs who are passionate and driven to bring their ideas out of the garage and into the real world.

But are they hardwired to launch their idea into the already crowded marketplace of ideas? The Startup Gene is at least in part driven by sheer will. But it’s more than that. It's a complex mix of personality, family, economic hunger, and a burning desire to prove the cynics wrong.

A few will succeed. Many more will fail. But understanding the complex elixir that drives successful founder may help the next generation of startup strivers make it over the finish line.