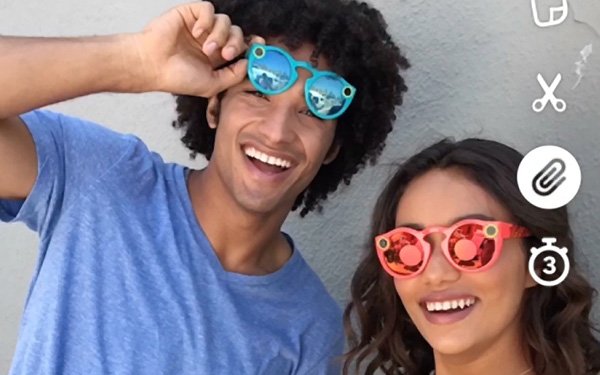 Have you ever dreamed of including a link to a website in a snap?

Snap is finally adding the feature to Snapchat. On the receiving end, users will have to swipe upward to view attached links. The linking ability is among several new features that Snap is rolling out this week, including additional voice filters and geo-filters.

Backdrops are another new feature. They allow users to overlay various patterns onto portions of their snaps. Snap is racing to create features faster than Facebook and Instagram can copy them.

To stay one step ahead of the game, the company recently unveiled an opt-in Snap Map feature. Users can track their friends’ whereabouts in real-time. With this tool, smartphone users can now virtually scan their physical surroundings and see where friends are posting snaps and stories.

Snap Map should also give publishers and marketers more ways to engage audiences on the platform, which likely spells more money-making opportunities for Snap.

Just months after its IPO, Snap’s honeymoon with investors and analysts is over.

In May, the company released a not-so-stellar debut earnings report, which was then followed by research  suggesting that Snapchat’s growth is already sagging.

Snap, however, continues to tout its distinct attributes. Suggesting a highly engaged community, more than 60% of Snapchat’s daily users create content every day, according to internal data.