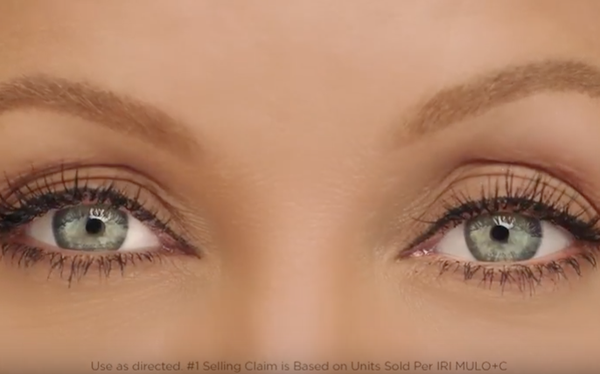 Eyes are they key to understanding a person’s emotional state, demeanor and personality. In its first brand equity campaign, eye drops maker Clear Eyes wants to help people show off their best moments through their eyes.

“Your eyes are the first thing people notice and convey so much about you —what you’re thinking and how you’re feeling,” Craig Rudner, senior brand manager at Prestige Brands, tells Marketing Daily. “So when your eyes are red, dry, and irritated, they may not reflect you at your best.”

The campaign — the brand’s first to support its entire portfolio, rather than just a single product — includes a content effort, “My Shining Moment,” highlighting the role eyes play in expressing people’s emotions. A video focuses on various peoples’ eyes as a voiceover speaks about the link between the eyes and how a person is feeling. The shots include expressions conveying happiness, sadness, pensiveness and other emotions. “With a simple look, you can communicate what you’re feeling without conveying a single word,” says the voiceover. Longtime brand spokeswoman Vanessa Williams also makes an appearance in the video.

In addition to Williams (who in a separate video talks about her shining moment being the birth of her children), Clear Eyes has partnered with influencers such as eye portrait photographer Bridges Aderhold; beauty blogger Rachel Anise; travel videographer Taylor Fischer, and magician and mentalist Adam Wilber to highlight their own shining moments. “This campaign is a celebration of the moments in life when people look and feel their best, with clear and comfortable eyes — the moments when they truly shine because they’re not distracted by red, dry or irritated eyes,” Rudner says.

The influencers were each selected because of their connection to visual artistry (such as using make-up to highlight eyes or illusion to trick the eyes), Rudner says, adding, “Throughout the campaign, we’ll be working with a variety of influencers that relate to the eyes in some way, with interesting stories that highlight a shining moment from their perspective.”

The brand is also encouraging consumers to share their own shining moments, as part of a sweepstakes for a chance to win a trip to Miami and a private shoot with Aderhold.

The campaign will be supported with a television spot featuring Williams, digital advertising and social network seeding (and encouraging use of the hashtag, #MyShiningMoment).