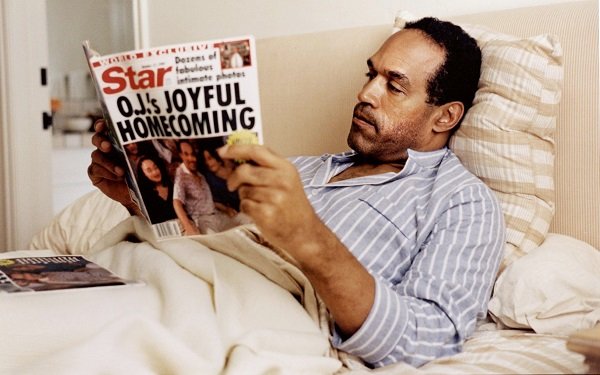 The star of the show: The one and only O.J. Simpson.

Starting at 10 a.m. Nevada time (1 p.m. Eastern), four members of the Nevada Board of Parole Commissioners will hear O.J. Simpson make his case to be released from Lovelock Correctional Center in Lovelock, Nevada, located about two hours away.

Simpson won't be going to Carson City. Instead, he will face the parole board via teleconference from the prison in Lovelock.

Various curtain-raising stories posted and published this week indicate that the smart money is on O.J. winning a thumbs up from the board. If that's the case, he will reportedly be released in October -- just in time to become the center of attention yet again on TV this fall.

Watching Thursday's hearing will be a cinch. It will be covered, aired and streamed live everywhere -- on all of the usual networks plus myriad news and sports Web sites.

Like other networks, ESPN is building a 90-minute special around it. Fox News Channel has lined up Mark Fuhrman to enliven its coverage. NBC reportedly has Chris Darden (although no confirmation was readily available from NBC News). Maybe E! will have the Kardashians.

This parole hearing stems from Simpson's current prison term. He was convicted in October 2008 on 12 counts stemming from an attempted robbery he committed in Las Vegas.

He said he did it to retrieve collectibles from his football career that he insisted had been stolen from him. He was sentenced to a minimum of nine years and a maximum of 33.

In case you haven't noticed, O.J. has already emerged as a top star on TV this summer. A&E has been rerunning the nearly eight-hour ESPN documentary “O.J.: Made in America,” and other channels have been trotting out their own O.J. documentaries and specials.

Some of these first aired months ago but are being re-aired now to capitalize on, and coincide with, O.J.'s parole hearing.

In addition to their timing this summer, the recent spate of O.J. Simpson murder trial specials is part of an overall trend now underway in which sensational crimes from the last two-and-a-half decades are being revived on TV at least in part to appeal to Millennial audiences.

O.J. Simpson's parole hearing is one of those few instances in recent history when ESPN and other sports media are joining the live-coverage news fray.

ESPN did this previously in February 2010 when Tiger Woods called a news conference to explain and apologize for his extramarital affairs, and again in July of that year when LeBron James went on live TV to reveal whether he would stay in Cleveland or agree to join the Miami Heat (he chose the latter).

Way back in the 1990s, the travails and trials of O.J. Simpson -- both criminal and civil -- were all the rage.

On October 3, 1995, his acquittal in the murder trial in which he was charged with brutally murdering his estranged wife, Nicole, and her friend, Ron Goldman, became one of the most-watched single news events in the history of television.

It's doubtful his parole hearing will rise to that level of engagement. However, according to reports, there is expected to be a decision either yes or no on Simpson's release within as little as 20 or 30 minutes after the give-and-take between Simpson and the parole board concludes.

After that, the Juice just might be loose in less than 90 days.

tv
1 comment about "Homeward Bound? Parole Hearing Puts O.J. Back In The TV Spotlight".
Check to receive email when comments are posted.
Next story loading