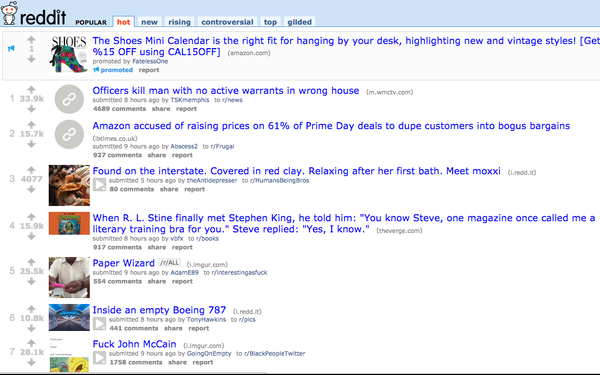 Social analytics firm Sysomos has gained access to an influential, but up to now mostly dark, source of social media discussions: Reddit.

The deal gives marketers access to conversations and social media interactions of hundreds of millions of users of the popular news-sharing and memes-generating site that previously has had a relatively low profile on Madison Avenue.

Despite that low profile, Reddit is a top 10 site with more than 270 million global users, many of whom use it as a primary source of news and information feeds, especially among Millennials.

Reddit, which has long been a source of emerging trends and memes that are picked up by mainstream publishers such as BuzzFeed, is also considered to be a more honest and candid filter of consumer sentiment, largely thanks to the relative anonymity of its users.

“For marketers, it is an opportunity to understand what’s being said about their brands and how topics are trending in a place where people are incredibly candid, because people don’t have to use their real names and can really speak their mind,” explains David Berkowitz, a long-time social media expert who is chief strategy officer at Sysomos.

“Reddit has a lot in common with Twitter, because users don’t have to use their real name and you can say whatever you want, but it’s different because a user’s reputation matters more and users want to share things they know other users will be interested in.”

Largely because of its anonymity, as well as a strong “code of conduct” enforced by its community, Berkowitz says Reddit may provide a more honest and holistic view of what people really think about news, trending topics, and memes -- including those that influence brands.

“There are rules against self-promotion on Reddit, so marketers may have a harder time getting their message out there. They can’t just jump into a conversation like they can on Twitter. In some ways, Reddit is more like Wikipedia and if you try to promote a brand, you will get your hand slapped by the community,” Berkowitz explains, adding: “It’s a place where brands need to proceed with caution.”

Berkowitz says Sysomos has long coveted access to Reddit’s conversation data, and he believes it may be one of the last big social media frontiers of its kind.

He says marketers are keenly interested in digging deeper into communities on Instagram, Pinterest and LinkedIn too, and that the only other major, Snapchat, is loath to provide actual user conversation data.

Beyond that, he says most of the real social media interaction is in peer-to-peer applications that are unlikely to ever be made public, so Reddit represents a font of new data to understand what people are really saying about brands.

“There’s probably always going to be some push and pull between private and public conversations, but by share volume, public conversations keep increasing, so there’s still more and more to monitor,” Berkowitz explains, adding: “More importantly, there’s more that marketers need to do to understand it better.”