Think Like Amazon: A Q&A With QwkBuy's Bob Delamore 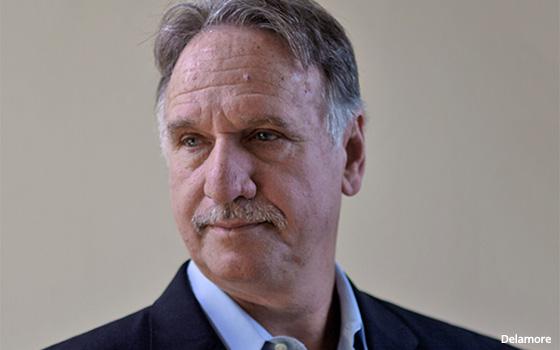 QwkBuy is trying to bring email marketing to the next level. Last month, it formed a partnership with the delivery service SendGrid to let people purchase directly through an email via their smartphones, instead of having to go to a website. And it is about to start embedding videos in emails.

For insights on these advances, Email Insider spoke to Bob Delamore, co-founder and EVP at QwkBuy. Delamore and his partner, QwkBuy CEO Tom Gosnell, owned a security company called Evertrust that they sold to Nexsan Storage in 2005.

Gosnell, who is based in Montreal, is the technical leader. Delamore, who works out of Lafayette, California, is in charge of sales. QwkBuy also has partners in Kuala Lumpur, where its development team is located, as well as British Columbia.

Where is the email business going right now?

I look at things practically — what works and what doesn’t. Who’s the undisputed leader in the ecommerce space? Amazon. From the buying and selling perspective, there are three key things we can learn from them. First, they make it very easy to buy. The one-click buy was incredible when it first came out. Then there’s the personalization — they have it down. If you buy a book on traveling to national parks, you will get an email specific to that category. Third, we have confidence and feel secure buying through them. You need to apply those concepts across the board.

Let’s look at the first concept -- your company has made it easier to buy via email.

Consumers who want to buy through an email can tap a button on their mobile devices and they will be brought to a landing page instead of going to a website and taking a lot of extra steps. When you force people to go to websites, you’re killing the deal a lot of the time, and statistics prove that out — there’s a 75% cart abandonment rate, especially among younger people. When websites show me three different bathing suits, and there’s a lot of extra pages, it’s analysis paralysis.

We’re getting much better at that because email lets us deal with people one on one. A website is dealing with whoever comes there. With email, you know who you’re talking to, and can personalize not only the message, but the content.

So what’s new there?

Embedded video. Everyone thinks, ‘I can get a video in email.’ It’s easy if you put a link it, but darned hard if you want to open an email and have the video start playing. And it’s even harder if you’re sending hundreds of thousands. You have to consider multiple email platforms, devices and operating systems. If you don’t get the combo right for John Doe in Indianapolis, he will get an email with a corrupted file on it, and the retailer is going to be embarrassed. Then there’s the bandwidth. That’s where it gets costly.

How do you get around the technical challenges?

We’ve just signed an agreement with Viwom, a company in Spain, to combine our technologies. Viwom enables you to send to embedded videos within an email so when John Doe opens them Viwom will in real-time discern the combination of the factors I mentioned, and autoplay the video on the device he is looking at. Big retailers can use this on a private-label basis.

And the cost factor?

It’s cost-effective — you’re only charged for impressions that open. Viwom has over 20 combinations right now, but if it’s a strange one, they’ll send a gif file that can be opened, but you’re not charged for the gif.

Do you think people will respond to embedded videos?

Millennials love video — they don’t like to read that much. Isn’t that the audience we’re trying to reach? Of course, you also have to personalize the content.

What happens if the customer likes the item featured in the video?

We’re going to embed — within the video — a button to buy the product. And customers can instantly forward it to social media so their friends can see what they bought.

You’ve covered the ease of purchase and personalization parts of the Amazon formula. What about security?

I come out of the security business. First, you have to assure that John Doe is really John Doe. We’re getting away from passwords -- 75% of breaches are due to password failure in one form or other. So we scan a code for authentication, and can easily determine that: 1) You have  a phone. 2) You have gotten into the phone through a mechanism. That’s two forms of authentication. 3) We’re able to tell where you are located, so a profile is built. Are you where you’re supposed to be? If you always order from Queens, NY, and now you’re buying from Bulgaria, a flag goes up. Of course, a bank wants higher security than someone selling $20 items. But it eliminates the need for passwords and a log-on name. As  consumer, I have software that helps me remember all that stuff, and I forget it half the time anyway. Of course, like Amazon, companies also have to think about creating confidence and security to buy from them.

Some futurist predicted that emailers will be able to do eye-scans on people.

Funny you should mention that. We want to take make ecommerce as secure and convenient as possible. QwkBuy has an infrastructure that can  integrate many authentication factors without the need for a password.  For example, as we mentioned earlier, having the phone is a factor, your logon to the phone is another. Location is another factor and also any new authentication technology can be included.  Both Apple and Google have biometric fingerprint authentication technology which can be integrated within our infrastructure. Also, Samsung will be releasing an iris scan for authentication and we will be able to include that as well. Depending on who the client is and what level of security they want, we can adapt to that need.  At this point we have not been promoting that capability simply because of the market space we are actively pursuing.  It’s a fine balance between security and convenience, but please let’s get away from passwords.

Sounds like the future is already here. What’s left?

What I call wherever shopping. Eventually, we will get to the point where people can buy wherever they are, at a billboard, in an email, on a computer, when they’re watching on TV — they can scan a code to buy the sweater that Jennifer Aniston is wearing. We picked email as our first phase because it’s a good fit, and we’re small so we have to leverage ourselves. But think of it: there are 4 billion email accounts vs. 2 billion on Facebook. It’s the one-on-one medium. I’m a salesman, a sucker for buying from another salesperson. Get me one-on-one, and I’m easy.