VML Names Its First Director of Inclusion And Cultural Resonance 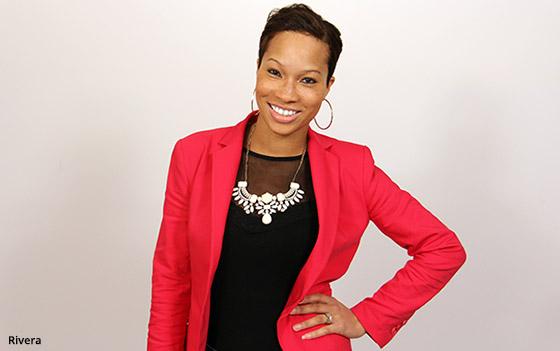 WPP agency VML has promoted God-is Rivera to director of inclusion and cultural resonance, a newly created position at the agency. She will report to Ronnie Felder, managing director of human resources.

According to the agency, Rivera has been instrumental in evolving the agency’s inclusion & diversity committee and has long held an interest in developing efforts to build greater diversity within the industry.

The ad industry has long been criticized for its lack of diversity. (The City of New York held hearings on the matter more than a decade ago.) While some positive steps have been taken, many believe adland can do far better on the diversity front.

“There is nothing more important to us as a VML family than ensuring all VMLers have the opportunity to thrive in a diverse and inclusive workplace," stated Jon Cook, VML’s global CEO. "And that our client partners can experience the level of perspective in our work that results from that type of agency."

“God-is has been making this type of impact in her work across VML since the day she started," added Cook. He said it was necessary to formalize and expand it into a new official role to "continue the momentum and needed progress we want as an agency in this critical aspect of our culture and capability."

Rivera will focus on “enriching an atmosphere of inclusion” at the agency, from internal communication and education efforts to building partnerships in the communities where the shop has offices.

She will also examine and expand hiring practices — from researching diverse talent pools and sources to developing programs aimed at increasing diverse candidates. She is tasked with developing practices and methodologies designed to ensure that diversity and inclusion are reflected in the agency’s work.

Rivera is also one of three finalists for this year’s Change Agent Award presented by the nonprofit organization AdColor. (Two years ago, the winner of that award was Kat Gordon, founder of the 3% Conference.)

Rivera is spearheading a panel at this year’s Advertising Week NY on the influence that Black Twitter has had on American culture.