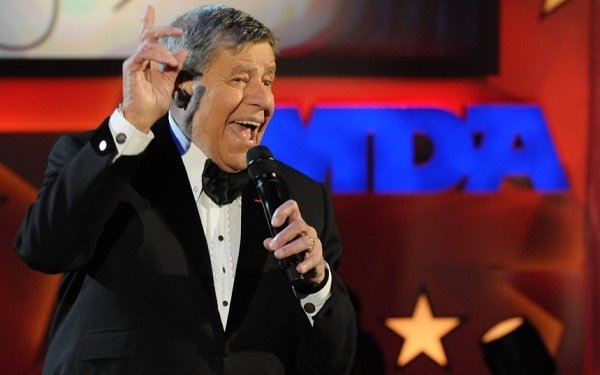 Jerry Lewis died two weeks before Labor Day, the annual holiday he made his own for the better part of many of our lives.

His annual telethons for the Muscular Dystrophy Association were as reliable a sign as any that summer was ending.

His relationship with the MDA went back to 1952, according to various sources, hosting telethons from 1952 to 1959. Then, following a gap of seven years, he resumed them in 1966, the year they began airing on Labor Day weekend. He was last seen on the telethon in 2010.

At their height, the telethons were really worthy of the name “telethon.” If memory serves, in the era before Jerry became older and less able to stay pumped up and awake for their extreme length, the telethons began some time on the Sunday night of Labor Day Weekend and would end in late afternoon or early evening on Monday – nearly 24 hours.

Thus, if you had nothing better to do on Labor Day than watch TV, you inevitably would come across the Jerry Lewis Telethon at some point and could not fail to be fascinated by it.

The telethons were presented in two distinct parts that were woven together.

There were the portions featuring Jerry, and frequently Ed McMahon, introducing celebrity performers and plucky kids with muscular dystrophy, and continually announcing the new totals on the big money board that tracked the pace and progress of the charitable contributions to MDA that never stopped pouring in. Drum roll, please!

They were “pledges,” of course -- and how many of these ever materialized into real contributions is something known only to the MDA. The claims of how much money Jerry Lewis raised for the MDA over the years went into the billions of dollars.

Then there were the portions cut into the telecast from your local TV station that carried the telethon. There, you would see perhaps one of your local anchormen or weathermen acting as local host and bringing a series of local performers on stage, and generally doing a local version of what Jerry was doing.

It was all live too -- cheesy, disorganized, improvised. It was a very big show like nothing else that was on TV at any other time during most of the era in which the Telethon made its reputation as a strange but somehow comforting rite of Labor Day.

Like so much of our national TV media that once seemed to bind us together, the Jerry Lewis Telethon ceased a number of years ago being the great and mesmerizing show it once was.

When Lewis died Sunday at age 91, you had to wonder how he made it to that age. Like others of his generation, he was not health-conscious in the manner in which this phrase is understood today. He smoked, worked long hours in nightclubs and on movie sets, and probably ate a lot of steaks.

He had at least three heart attacks and suffered over the years from a series of other serious ailments. However, he stubbornly persisted in remaining with the living for 91-and-a-half years (his 92nd birthday would have been next March 16).

By many accounts, he wasn't a nice man. But who are we to judge? He occupied a niche in show business that was his and his alone -- slapstick comic, movie star, movie director, telethon host and egotistical talk-show guest.

In this last role, he was unsurpassed and hugely entertaining -- not because he was likable, but because he wasn’t. Or was he? Jerry Lewis was nothing if not complicated.

Who can forget his interviews on “Larry King Live” on CNN, where Jerry would pontificate about show business, moviemaking, his ups and downs with Dean Martin and more -- all the while chewing loudly and noticeably on some sort of unidentified lozenge that he defiantly kept in motion inside his mouth throughout the hour.

It was as if he was daring someone to ask him to get rid of it. And if someone had, we all know what Jerry's answer would have been.

There was a time when Jerry Lewis was the undisputed king of comedy -- impersonated famously on “Saturday Night Live” by Eddie Murphy, Joe Piscopo, Martin Short and probably others.

I once attended a “Saturday Night Live” taping in the 1980s in which Jerry hosted the show. I last saw him in the flesh in April 2016, when he accepted a lifetime achievement award from the National Association of Broadcasters at its annual convention in Las Vegas.

He was a dignified little old man of 89 then, and he gave a lovely speech thanking local broadcasters for supporting him and his telethons for so many years.

In the audience that day, I waited for him to suddenly do one of his signature bits such as my favorite -- the one in which he inserts the entire mouth of a sizable drinking glass into his own mouth.

This was not to be. But I swear to all of you, it was one of the funniest things you could ever see. Cross my heart.