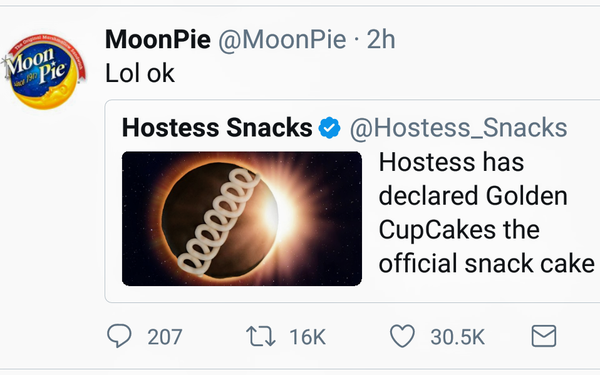 Not since Oreo’s tweet during a power failure in Super Bowl XLII in 2013 have brands tried to leverage a “blackout moment” more than the ones weighing in on Twitter today in anticipation of North America’s solar eclipse.

But when @Hostess_Snacks tweeted this morning that it was declaring its Golden CupCakes brand the eclipse’s “official snack cape,” it got overshadowed by a brand with astronomically stronger brand affinity.

Knoxville, TN-based Tombras Group is the agency of record for Moon Pie, including social media.