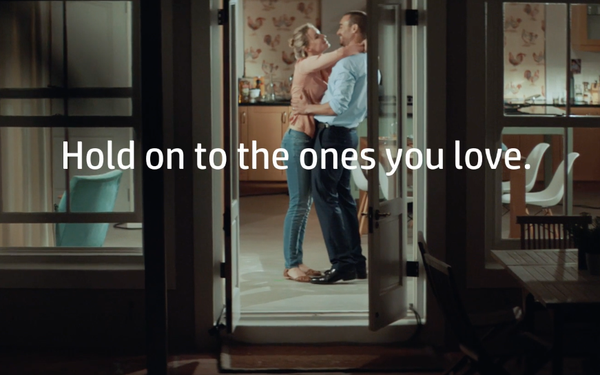 With so many people taking pictures on their phones — and then leaving them there — the world of shared moments and memories has become to seem a bit ephemeral.

But with the launch of its Envy Photo 7800, which allows for instant mobile printing from one’s phone, HP is hoping to recapture the magic of the printed photo as a method of connection.

“We’re seeing billions of photos taken on phones, but we’re also seeing data of those photos you love being lost on the back end,” Vikrant Batra, global head of marketing for HP’s print business, tells Marketing Daily. “[The Envy] has the ability to bridge the game between your cellphone and printer to bring those photos to life.”

The company is bringing that idea to life with a new campaign. In a new commercial, a young boy observes his parents growing apart due to their digital devices and daily life stress. Browsing through photos of what seem to be happier times (or at least times of genuine connection between husband, wife and child), the boy develops a plan. Using a mobile device and the Envy printer, he prints out the photos and leaves them in expected places (in the laundry, under a car’s sun visor) to surprise his parents. The spot concludes with the parents re-connecting with a dance in the kitchen, while the boy makes a new photo memory. The final message: “Hold on to the ones you love.”

“When you remind people that you can print joy, it definitely moves the needle,” Batra says of the emotional approach. “In our busy lives, every day we need those reminders.”

The spot, which will run online and in social channels (and will be supported by a 360-marketing campaign with a heavy emphasis on retail), is meant to showcase that while there are many available options to get printed photos (including online print houses or local stores) the Envy makes it easy to print the important memories from one’s phone as you’re looking at them.

“We’re not saying print everything you take pictures of, [but] print the ones you love,” Batra says. “[Envy] is always connected to the cellphone, and the immediacy of having that is important.”