'Honeymooners' Musical Gets Ready To Hit That High Note 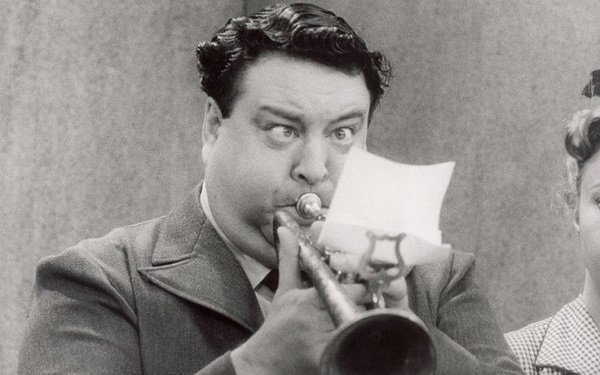 The commercial hit me like a thunderbolt the other night during another classic episode of “Perry Mason” on MeTV: A “Honeymooners” musical (officially billed as “a new musical comedy”) is due to open September 28 in New Jersey.

You read that correctly. It’s a stage-musical version of one of the most-beloved TV shows of all time. It is scheduled to run through October 29 at the Paper Mill Playhouse in Millburn. After that, it just might be Broadway-bound. How could it not be? It seems sure-fire.

The four principal roles have all been cast, according to a press release -- Michael McGrath and Leslie Kritzer as Ralph and Alice Kramden, and Michael Mastro and Laura Bell Bundy as Ed and Trixie Norton.

At the moment, the show is still being refined and rehearsed, according to a spokesman. It currently runs about two hours. At present, there are 18 songs, although that could change by opening night.

At least some of the song titles will ring familiar to long-time “Honeymooners” fans and evoke instant memories of some of the show’s best-loved episodes, scenes and situations -- including “King of the Castle,” “The Raccoon Hymn” and “A Woman’s Work.”

A number titled “To the Moon” opens Act II. There is no song titled “Bang, Zoom!,” but there is one called “Baby, You’re the Greatest.”

Note to everybody who loves “The Honeymooners” based primarily on the classic 39 episodes of the show that have been seen on TV practically since they ended their original run on CBS in 1956: This stage show is not in black and white.

Attention, MediaPost readers: This stage show even has an advertising-industry plot line having to do with Ralph composing an advertising jingle, with help from his pal Norton.

There is no word on whether Ralph’s mother-in-law will make an appearance. Indeed, there is no song titled “Blabbermouth” on the list of numbers.

The show's book is by Dusty Kay and Bill Nuss, with music by Stephen Weiner and lyrics by Peter Mills. The director is John Rando. Choreography is by Joshua Bergasse. The musical director is Remy Kurs.

There is no word on whether the music includes the famous orchestral theme music (supervised by musical director Sammy Spear) that opened and closed every episode of the original “Honeymooners.”

It is one of the most famous and evocative pieces of theme music in the entire history of television -- as beloved as the show itself. Indeed, the original “Honeymooners,” along with “I Love Lucy,” is as close as TV gets to having its very own Rosetta Stone.

These two shows helped established the manner and style in which TV shows -- particularly comedies -- would be made for the better part of 50 years (and continuing to this day).

In many ways, the poignancy of the original “Honeymooners,” to which all four of the principal cast members of that era -- Jackie Gleason, Art Carney, Audrey Meadows and Joyce Randolph -- contributed, has rarely been equaled in the hundreds of TV comedies that have come and gone since then.

In fact, not until “Seinfeld” came along in the 1990s and then began its own remarkable, continuous run in syndication was there ever another single TV comedy series as revered or as memorized as “The Honeymooners.”

Of the so-called “classic 39,” no single episode of “The Honeymooners” was ever finer than the one in which Ralph vowed to hit a high note on a cornet. It is as sublime an episode of television as has ever been produced, with an aspirational storyline that is so universal it can likely be understood in any language on any continent.

To paraphrase something Ralph once said to Alice: Anyone who thinks otherwise had better hope they like that opinion on the moon, because that's where they're goin'!