Are You Ready, Boots? Red Wing Building 'Wall Of Honor' 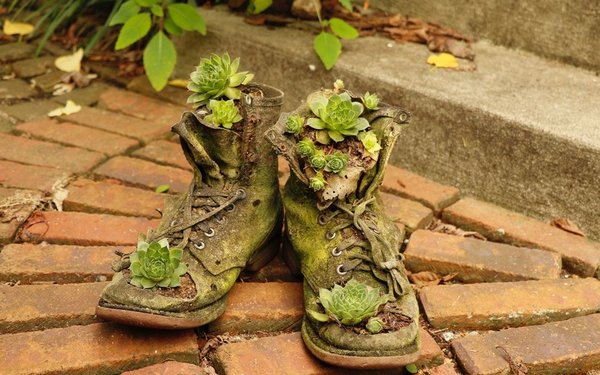 Red Wing Shoes, which has long supplied hard-working footwear to some of America’s toughest trades, wants to give honor where it’s due: It’s building an actual wall of boots to reflect the stories of those who’ve worn them.

The wall itself is intended for the company’s flagship store in Red Wing, Minn., while a digital version will become part of its marketing campaign. CMO Dave Schneider says he’s been kicking the idea around since he started at the company three years ago. “My second day on the job, I started going to focus groups, and it was inspiring the love and reverence people had for the brand.

"Even if our boots were beyond their price threshold, they all had stories—maybe it was about their dad, guys they’d worked with, or the way the most experienced people on a job site wore Red Wing,” he tells Marketing Daily. “So, for this new campaign, we decided to ask people to send in those stories, and we’re going to put the best ones on the wall.”

It’s gathering the stories at RedWingAmericaWorking.com, and so far, the “Epic stories live forever” headline has drawn in some doozies, including third-generation steel workers, trash collectors, oil-rig workers and a crane operator who wore them in the hazardous clean-up in New York after the 9/11 attacks. Photos are often taken of shoes dangling from scaffolding or posed with pick-up trucks, helmets and hardhats, and submissions read like something out of Studs Terkel.

Social Deviant, Chicago, is the agency behind the effort, and Schneider says the company expects to unveil the wall early next year.

There have always been epic stories about the brand, he says, including a cement worker whose final job before retirement was the Xcel Energy Ice Rink, where he enshrined his boots six feet below center ice. “People have a regard for this boot that goes beyond footwear.”

He says the campaign also taps into resurgent pride in supporting American workers, as well as consumers’ growing desire to co-create campaigns with brands they admire.

It has collected several hundred stories so far, and Schneider says he expects it to become an annual effort.

The work boot market, which is highly specialized, is also very fragmented, he says, but Red Wing competes with such brands as Wolverine Worldwide, Justin Boots and Timberland. (Red Wing Heritage, its fashion line for men and women, isn’t included in this campaign.)