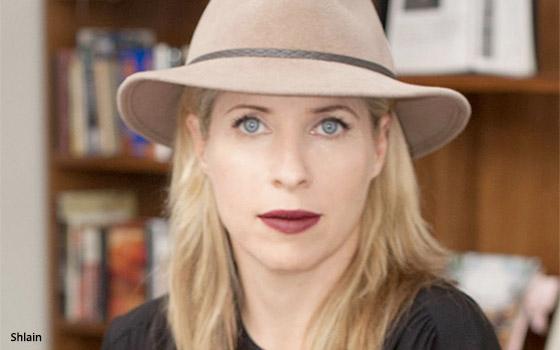 It's no secret there is gender inequality in the workplace, and Webby Awards founder Tiffany Shlain is on a mission to show how and why gender equality “is better for the world." she says.

Shlain discussed her journey from Webby founder to filmmaker and gender-rights advocate during the Genius 100: Innovation Summit in Montreal two days ago.

A while back, Shlain created a film, "50/50: Rethinking the Past, Present and Future of Women + Power" that documents the 10,000-year history of women and what it will take to get to a more gender-balanced culture.

The film led to a “50/50 Day” global event last year that included 11,000 unique events in 50 states and 146 countries. British Airways and FunnyorDie signed on as partners.

The scale of next year's event will be bigger, with numerous major corporate sponsorships, including several ad agencies, said Shlain. Those sponsors are being asked to pledge support for workplace equality and to demonstrate how they’re achieving it, said Shlain.

"Imagine if every person on the planet focused on one thing, for one day?” said Shlain. “How powerful would that be? Incredible power comes when we focus on what connects us, and yet it's also important to disconnect. That's when we daydream, imagine and create."

Shlain is also eager to include men in the day-long initiative, since many corporate programs typically only include women. "If they are just talking to themselves, nothing will change," she says.

50/50 Day is a sibling event to Shlain's Character Day, which is set for tomorrow (Sept.13) that discusses the importance of developing and improving character and associated qualities like empathy, curiosity, grit, humility, bravery and social responsibility. "It is a day to develop who we are, and who we want to be."

This year, she is debuting a new film on the science of character at CharacterDay.org as and hosting a global Q&A featuring leaders and educators talking about the importance of character.

Although she sold the Webby Awards in 2005, Shlain remains proud of her achievement, noting she is happy the new owners continue to keep the quirky five-word acceptance speech. "I remember when Google was just starting and received an award by rollerblading on stage while wearing capes."