No View For You! Upcoming Shows Unavailable To TV Critics 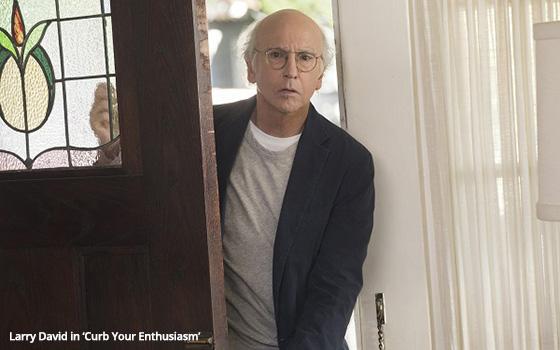 All of this secrecy is curbing my enthusiasm.

It may just be coincidental, but for the first time in memory (if ever), a handful of upcoming new TV shows -- all of them high-profile -- are not being made available to TV columnists and critics in advance of their air dates.

Coincidence or not, this new development involving four new shows represents a new way of doing business in the relationship that has existed for decades between journalists on the TV beat and the publicity departments at the TV networks.

Sure, every once in a great while, a new show due to premiere soon does not make it into the hands of TV critics before its debut.

This rare occurrence can be due chiefly to production issues that prevent a show from being ready in time to manufacture VHS cassettes or DVDs for distribution by mail or courier (as in the not-too-distant past) or post them on the proprietary Web sites the networks maintain for journalists (the modern way of doing this).

But four of them on the eve of the new fall season? In my long experience, this has never occurred before.

The four shows in question are “Star Trek: Discovery” on CBS and CBS All Access, “Kevin Can Wait” on CBS, the new “Will & Grace” on NBC, and “Curb Your Enthusiasm” on HBO (star and creator Larry David pictured above).

Of the four, “Will & Grace” just might prove to be the exception. An NBC spokesman informs the TV Blog that there is still a chance that one or more episodes will be available for a look-see before the show makes its debut next Thursday night (September 28). The fact that it is not yet available at this late date, however, is unusual.

It is especially noteworthy because of the high-profile nature of this new “Will & Grace,” which is reuniting the four original cast members -- Eric McCormack, Debra Messing, Megan Mullally and Sean Hayes -- 11 years after the show was last seen.

In the recent history of television, if not the world generally, that’s a lifetime ago. Holding back the rebooted show from TV critics might have cynical journalists wondering if the old cast isn’t gelling on this new show, or if this new version is turning out to be not that good an idea after all. Don't you just hate cynicism like that?

Well, at least there is a chance, however slight, that we'll get to see “Will & Grace.” That will not be the case for the other three.

Most notable of these is “Kevin Can Wait,” the Kevin James sitcom that jettisoned its lead actress in the off-season (Erinn Hayes) and has somehow contrived a way to reunite James with Leah Remini, his old co-star and TV wife on “The King of Queens.”

Remini's character was introduced at the end of last season. Now, with the new season about to begin this coming Monday night (September 25), she’s a series regular, but not apparently a love interest for the James character, at least not yet. The word is that the wife Hayes played has died -- not exactly a hilarious way for a TV comedy to start its second season.

Does the gambit work? I have no idea because CBS is not letting any of us ink-stained wretches see the show (I know, in the digital age, journos are no longer “ink-stained” but some people still think we’re wretches).

As for “Curb Your Enthusiasm” and the new “Star Trek: Discovery,” I suspect these are being held back from widespread dissemination among the press because of today's online culture of spoiling, hacking and downright stealing -- not on the part of the TV press, mind you, but others.

Both of these shows will be shown at least semi-publicly before their debuts. “Star Trek: Discovery” premieres this coming Sunday (September 24) and “Curb” returns Oct. 1 after an absence of six years.

They're both planning premiere events, including screenings, in New York and Los Angeles to which some members of the press have been invited. Embargoes are in place, however, that will govern when reviews and stories are allowed to be published.

Perhaps the problem today is that there are so many people out there who have styled themselves as TV critics, and in the process have gotten themselves onto the network press lists, that the networks possibly have begun to feel that maybe they are distributing their upcoming shows a little too widely and leaving them open to being exposed and spoiled before their debuts.

Or it could just be that in this age of social media, the TV publicity apparatus has come to realize that it doesn't necessarily need traditional TV critics and journalists to help push their shows anymore.