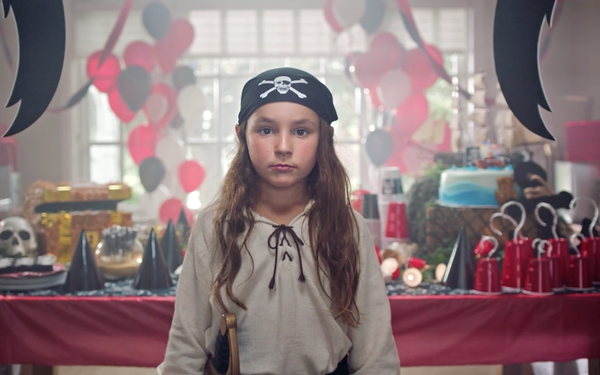 Appliances do more than just make lives easier; they are the central part of the home, helping consumers run their homes, their way.

Frigidaire, one of the country’s venerable appliance brands, is reintroducing itself to consumers with a new marketing campaign that champions the things that make a home unique with the tagline, “Your House Rules.”

“Frigidaire consumers take a lot of pride in how they run their homes. They don't feel like they need to live up to someone else's standards, but rather organize and live their lives in a way that works best for them,” John Weinstock, senior vice president of marketing at Electrolux North America, tells Marketing Daily. “We are a brand that wants consumers to feel pride in the things that make them unique and this platform is designed to convey that message.”

The campaign includes a commercial featuring the brand’s black stainless steel collection, which resists fingerprints and smudges. That feature comes in handy in the situation presented in the commercial: a pirate-themed kid’s birthday party. “Everyone has a different recipe for life, and Frigidaire can help make yours even better,” says a voiceover.

“Our vision is to change the conversation from having the perfect home to enjoying the home that’s perfect for you,” Weinstock says.

The campaign also includes a completely redesigned website, tying in the colors, fonts and visual style of the ad, and placing an emphasis on ease-of-use and consumer engagement for both existing and prospective customers. Among some of the interactive features on the new website are a Custom Doormat Creator (in which families can put their mantra on a virtual doormat to she shared across social media) and an Excuse Generator (in which families can get unique explanations for why they would rather stay in).

“We are taking a digital-first approach in all of our initiatives,” Weinstock says. “A large priority in this relaunch is to extend the campaign message with social media content that empowers appliance shoppers and existing owners to celebrate the things that make every home unique.”

Accordingly, the commercial will also run throughout social media, Hulu, YouTube, and on traditional television throughout 2017 and into 2018, he says.