It's Time To Think About, Well, Time 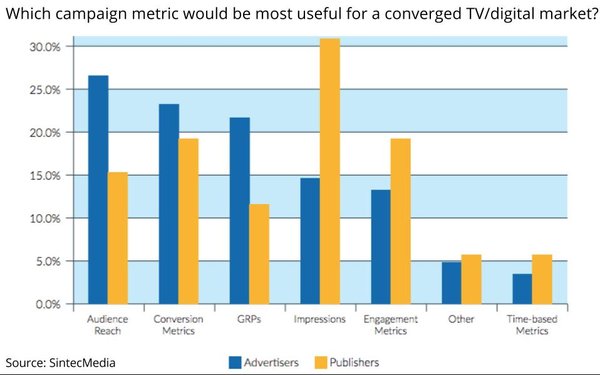 The media-buying industry has historically been described as one that “buys time and space.” Ironically, neither is the norm. With the exception of out-of-home, “space” increasingly is becoming a rarified source of inventory, especially for “print” media, where digits are replacing ink and paper.

As for time, well, that’s been more of a euphemism than a reality for most electronic media. Sure TV, radio and even digital video sell seconds of time, but that’s just the amount of time the ads are broadcast or served, not necessarily listened to or watched.

That’s begun to change over the past couple of years as a group of pioneering souls have made a push to shift the ad industry’s core metrics from “impressions” and even “reach” to something based on the amount of time consumers are actually exposed to the advertisement.

Surprisingly, the push has not come from media buyers nor their clients, who are the stakeholders I’d expect to be leading the charge. Would you believe it's actually come from the sell side? Not all of the sell side, mind you, but suppliers of advertising inventory so confident their medium engages and holds consumers, they are willing to base the way they sell on a temporal guarantee.

If you read MediaPost, you undoubtedly know who some of them are, including Fox TV sales chief Joe Marchese, who took the time-based guarantee he developed at True[x] and made it a cornerstone of Fox’s point of differentiation after True[x] was acquired by Fox and Marchese became its sales chief. It’s a work in progress, partly because the buy side isn’t quite ready to embrace a new metric as its currency.

That’s incredibly surprising to me, given the decades Madison Avenue has hemmed and hawed about “engagement,” and the fact that time has emerged as a kernel -- if not the underlying metric -- of the so-called “viewability” debate championed by so many buy-siders as a way to ensure their ads are being seen.

It’s a kernel, because the current industry definition of viewability, according to Media Rating Council standards, is that 50% or more of a digital ad must be in view of a user for one second for static display ads, and two seconds for a video ad.

Even the MRC acknowledged this is just a minimum threshold when it introduced that standard, and there has been ample research to indicate longer durations of exposure reap higher levels of advertising cognition, even when ads are only partially in view. The IPG Media Lab did some ground-breaking research on this that you can check out here.

We may never know what the optimum amount of time is for a person to be exposed to an ad for cognition or even higher order effects to truly kick in, but that hasn’t stopped people like Marchese, Parsec Founder Marc Guldimann -- and, as I discovered when I met him recently, Kiip Founder Brian Wong -- from guaranteeing a full duration of exposure. You know, all the time.

Wong calls those exposures “moments.”  I think that’s as good a way as any to describe an end-to-end moment of advertising time.

I plan to come back to this conversation as soon as I can organize a smart industry roundtable of both buyers and sellers to discuss it. If you’d like to be involved, please contact joe@mediapost.com.

In the mean “time,” let me explain the reason for weighing in on this issue today. I just got a copy of Sintec Media’s new “The Future of TV” whitepaper, which contains a startling statistic that I wanted you to spend some time thinking about.

The stat was in a question Sintec Media posed to the readers of MediaPost last fall, asking them to rate which campaign metric would be “most useful” in a “converted TV/digital market.”

Not surprisingly, the buy side stuck to its guns espousing audience “reach” as its gospel, while the sell side ranked an ad “impression” as its highest order.

The big surprise for me was that “time-based” metrics ranked lowest on the totem pole, with less than 5% of respondents citing it, and that publishers were more bullish than ad executives by a margin of nearly two-to-one.

Dwell on that for a, well, moment.

And while you’re thinking about it, let me provide some obligatory boilerplate on the methodology for the metric-oriented readers among you:

SintecMedia and MediaPost surveyed TV executives, digital executives and agency media buyers involved in the buying and selling of linear and digital advertising.  The survey includes 368 responses, and was conducted in Q4 2016.