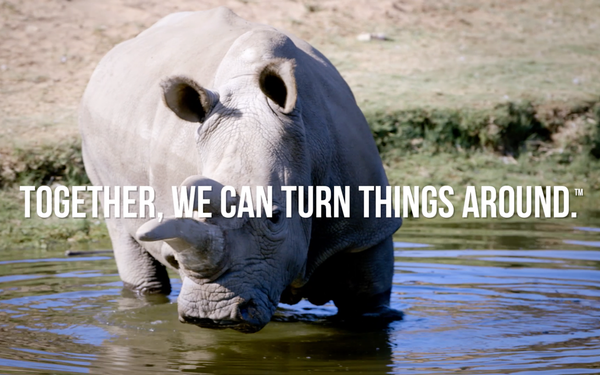 The creative is designed to emphasize the urgency of the animal’s plight in that there are only three left in the world and they're under 24-hour surveillance. The campaign's imagery shows a rhino "slipping away into nothingness" through an hourglass.

Viewers are directed to ENDextinction.org where they can submit their donations. The site also showcases how the Global Wildlife Conservancy is using funds, including  removing rhinos from dangerous areas and transporting them to protected spaces, as well as spending money to help programs for giraffes, African penguins and pandas via science, research and technology.