Serf's Up! 'Simpsons' 29th Season Premiere Is A Feudal Effort 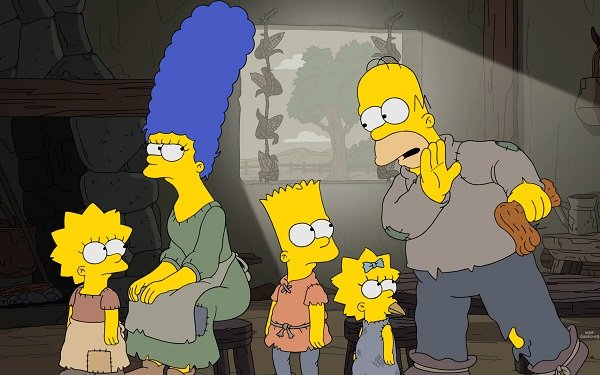 For no discernible reason, "The Simpsons" starts its 29th season Sunday night with an elaborate half-hour spoof of "Game of Thrones."

The episode plays like it may have been first intended as a much shorter piece for the show’s annual "Treehouse of Horror" Halloween anthology (this year’s -- No. XXVIII -- is scheduled to air October 22).

And then someone may have felt the creation and production of this "Game of Thrones" segment was going so well that he or she decided it should stretch to an entire episode -- and be scheduled as the premiere episode of this hallowed show’s 29th season.

Well, if this decision demonstrates anything, it’s that even very smart people can make mistakes.

This "Game of Thrones" episode -- subtitled "The Serfsons" -- represents one of the weakest season starts for "The Simpsons" in recent memory. It revives a consideration that floats to the surface every so often that perhaps it is time for "The Simpsons" to call it a day.

As satire goes, "The Serfsons" is no better or worse than a parody of “Game of Thrones” that you might see on "Saturday Night Live" or in Mad magazine.

Not to insult "SNL" or Mad, but "The Simpsons" was once much better than this (although some critics would point out here that that was a long, long time ago).

For the record, in "The Serfsons," the Simpsons are lowly serfs who are exploited by the wealthy, who are represented chiefly by Lord Montgomery (the power plant owner on “The Simpsons,” Mr. Burns).

Like in “Game of Thrones,” there are a host of fantastic creatures in “The Serfsons,” all adapted from familiar "Simpsons" characters. Yes, there is a dragon that breathes fire.

The art and animation are top drawer -- which is no surprise. But it all adds up to a waste of time.

Not to be too highfalutin here, but once upon a time, "The Simpsons" had something to say about contemporary American culture. And maybe it still does sometimes.

But these occasional detours to the land of Mad magazine parody feel like the people who make "The Simpsons" are copping out. Or maybe they’ve just run out of things to say. And if that’s the case, then why continue?

"The Simpsons" starts its 29th season Sunday night (October 1) at 8 Eastern on Fox.