For Clorox, Clean Is Just The Beginning 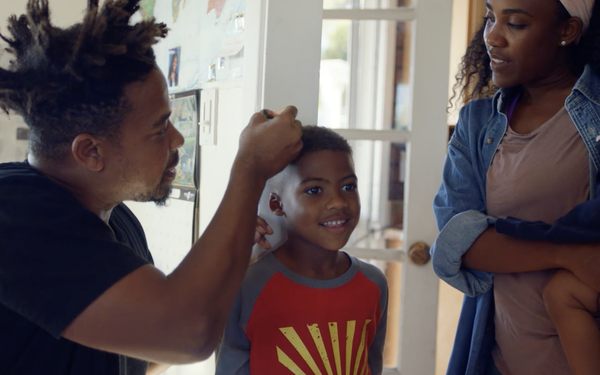 For most cleaning products, having things spotless is the end result, but now for Clorox, it’s only the beginning.

The brand this week is launching a new brand positioning in which getting rid of dirt and mess isn’t the end of anything, it’s the start of everything.

“We’re trying to reposition ‘clean’ from an ending to a beginning,”  Chris Hyder, vice president of marketing and general manager for Clorox, tells Marketing Daily. “Clean is a canvas upon which everything happens.”

The campaign will launch with new advertising premiering on Monday’s fall premiere of “The Voice” on NBC. The “Clean Matters” video (from agency FCB) showcases the ways cleaning plays an important part of people living and going about their lives. The spot (which will exist in 30-, 60- and 90-second versions) shows typical messes like a sink, a car or a floor, cut together with people cleaning those areas up for events such as a date or a baby’s first bath. Other scenarios show a hospital operating room and a retired serviceman in his dress whites, to underscore the importance of cleanliness everywhere for everyone. “Clean is the beginning,” reads on-screen text. “What comes next is everything.”

The campaign will also include shorter spots that focus on the individual stories (such as the baby and the veteran). “We will tell a variety of stories that talk about the role clean can play in [consumers’] lives,” Hyder says.

The shift is a pivot for the brand, which has often stressed its functionality, but has not striven to make an emotional connection with consumers, Hyder says. “Clorox is a brand that has tremendous consumer trust. And that comes from functional attributes,” Hyder says. “Where we think we can build the [relationship] is in the emotional connection.”

As consumers have begun to consider the ingredients that go into their household cleaning products, the category has seen a heavy push from makers of organic and natural cleaning products. Clorox’s new campaign isn’t a direct response to those competitors, Hyder says, but it is meant to make a deeper connection with consumers.

“This is not about a competitor. Two-thirds of households have purchased a Clorox product in the last year,” Hyder says. “This is about claiming our leadership in the cleaning products category.”