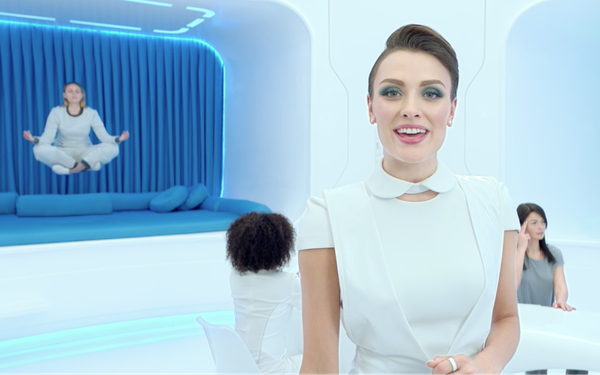 "Future Human," created by VML, focuses on a new line of high-tech vitamins. Day has appeared in TV series such as "The Royals" and "Will."

For a category whose only true innovation in decades has been gummy vitamins, ORB's goal is to break the mold with innovative products and a disruptive campaign highlighting its exclusive Terra Intelligent Dosing technology, which ensures key nutrients are time-released throughout the day so full benefits are absorbed, according to the company.

The effort includes three 30-second spots and a consumer experience for both digital/social platforms. Designed for a Millennial audience, the campaign will have a national digital presence on sites such as Amazon and YouTube and will appear on DRTV in select U.S. markets including St. Louis and Las Vegas.

The integrated campaign also includes PR efforts, media buys on Amazon and work with influencers, touching on multiple points to reach a wide range of consumers. Campaign content offers a glimpse into the world of ORB Wellness.

The launch date coincides with the product’s newly expanded availability both online and on-shelf at retailers such as Amazon, GNC, H-E-B, The Vitamin Shoppe, Vitamin World, Meijer and select Walgreens stores.