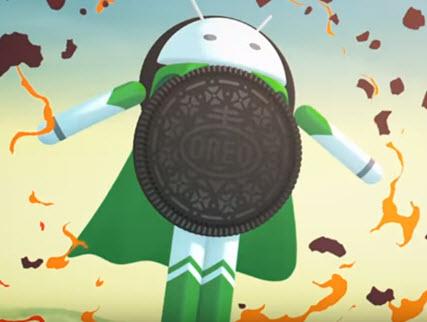 Oreo has seen a significant jump in positive consumer perception since Google used the cookie’s name for its new operating system, and an array of marketing activations commenced, in late August, according to YouGov BrandIndex.

The research firm measured both Oreo and Android with its Buzz score, which asks respondents: "If you've heard anything about the brand in the last two weeks, through advertising, news or word of mouth, was it positive or negative?" (A score can range from -100 to 100, with a zero score equaling a neutral position.)

Oreo’s Buzz score jumped from 16 to 23 between Aug. 21 — the day of the operating system’s naming announcement — to this past weekend, YouGov reports. Oreo saw its highest perception score of the year on Sept. 22.

Android’s boost was less dramatic, and shorter-lived. It Buzz score also started at 16, rose three points by Sept. 3, but then settled back to its current 17 score.

The Oreo Android announcement and introduction of an Android Oreo superhero (including a statue) were made at an eclipse-viewing event held on Aug. 21 in Manhattan.

The co-branding campaign’s kickoff included a video (below) depicting an Oreo blocking out the sun, before morphing into the superhero. That video has pulled nearly 8 million views on Android’s YouTube channel to date.

Limited-time, Android-logo-embossed Oreo cookies and recipes, as well as extensive social media cross-promotion, are also part of the campaign.