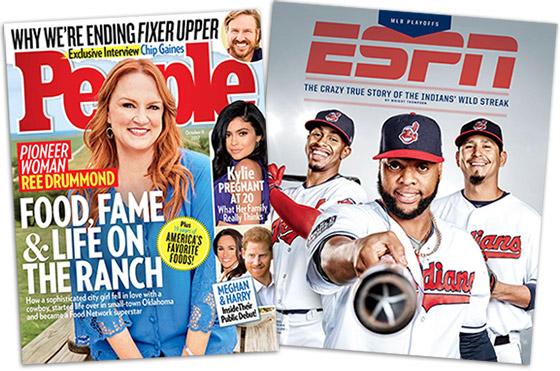 Magazine media video audiences continue to grow, despite a dip in print and digital audiences, according to the latest report from MPA – The Association of Magazine Media.

The report shows total magazine media audience for August 2017 is holding steady compared to last year, with a marginal growth of 0.2%. Most magazine audiences come from print and digital. In August, they made up 51% of the total audience, while 32% came from mobile, 12% from the web and 5% from video.

From August 2016 to August 2017, video audiences — defined by the MPA as unique viewers who watched a video at least once through a player owned or operated by the publisher and/or through a clearly branded video channel — grew 46.8%.

“Video continues the aggressive growth path we have witnessed since Magazine Media 360° reporting began. While still the platform with the smallest share of the audience for our industry (at less than 5%), video audience development shows no sign of slowing down, unlike the trend across all online brands,” MPA stated in an email.

Print readers and digital visitors, which include those that consume electronic issues of a publication, such as on an e-reader or app, have also increased year-over-year, by 3.7%.

However, web audiences consuming content from magazine brands on a desktop or laptop are down 10.2%. Mobile audiences, which are unique visitors that visit a site on a mobile device, fell 5.1%. These numbers are "consistent with the audience trends of the online industry as a whole," MPA stated.

These numbers come from comScore, which changed its methodology at the start of the year in an effort to eliminate non-human audiences.

The top five magazine brands with the most total audience across all platforms for August were ESPN The Magazine, People, Forbes, Time and WebMD.

The magazine brands with the greatest percentage growth in total audience for August, compared to the same month a year ago, were Entrepreneur, EatingWell, domino, Texas Monthly and Veranda.

Some brands continued to show “aggressive” growth on both web and mobile, all of which reported increases across all four platforms (print and digital, mobile, web and video), according to MPA. They include: Architectural Digest, Eating Well, Elle Décor, Golf Magazine, Motor Trend, Outside, Popular Science, Reader’s Digest, Southern Living, Teen Vogue, The Atlantic, This Old House, Time, Town & Country and Travel + Leisure.