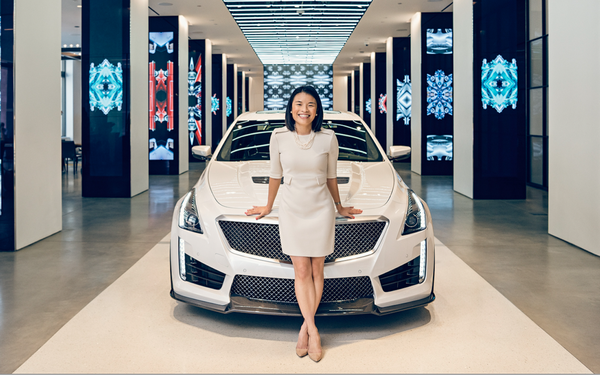 Melody Lee, director of brand marketing at General Motors’ Cadillac division since September 2012, is taking on a new role, as global director of Book by Cadillac.

Lee is now responsible for “the successful growth of both Book as the luxury vehicle subscription offering it is today, as well as leading the Cadillac’s team’s charge into future innovation areas,” according to her LinkedIn profile, which indicates the new position began on Oct. 1.

The subscription car service, which launched in January in the New York City area, currently has its own dedicated website, but thus far has conducted limited marketing. That is likely to change as it expands to additional markets. Lee’s shift to the new position could be a signal that expansion and additional marketing are forthcoming.

Last month, General Motors posted a job opening for assistant marketing manager at Book by Cadillac. The position’s description included: “Assist in creating on-brand campaigns and assets which communicate Book by Cadillac’s unique value proposition and solidifies its place as the leader in the luxury vehicle subscription service space.”

The $1,500-a-month service is flexible, with no contract. Vehicles are delivered and picked up for customers. Members will have app-enabled on-demand access to the latest premium trim Cadillac models to keep in their possession. The vehicles are delivered via white-glove concierge to members’ requested locations and exchanged at their leisure or as their needs change. Some members may opt to keep an SUV during winter months and switch to a performance sedan during the summer, for example.

With maintenance, insurance and detailing of the vehicle handled by Cadillac, “members are freed from the baggage that comes with traditional vehicle ownership and given the freedom and flexibility to fit their lifestyle,” according to the automaker.