For Gladiator, Storage Is For Making Passions Accessible 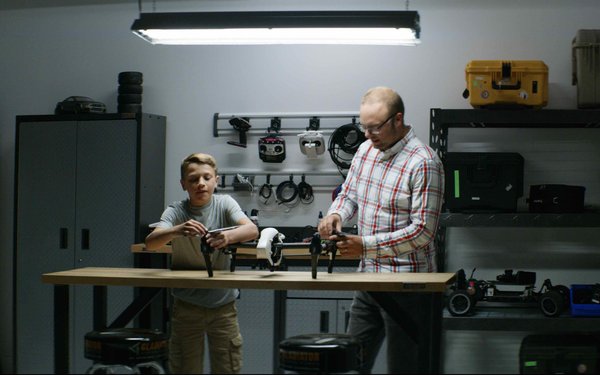 Advertising for storage equipment tends to favor the functional over the emotional, looking to make an unenviable task easier rather than looking at what the task really accomplishes.

Gladiator, a household organization brand owned by Whirlpool, has decided it’s time to take the latter tack. The brand is launching a new campaign exhorting consumers to “Reach for more,” positioning home organization as a way to enable hobbies and passions.

“For most people, organizing and decluttering is not something they look forward to. It’s not glamorous,” Allison Gillespie, brand manager for Gladiator, tells Marketing Daily. “If you have a bunch of stuff, you have it for a reason. This is helping solve the problem of getting stuff off the floor and out of the pile.”

The campaign is part of a re-launch of the brand’s entire look and feel, focusing on the passion points in people’s lives (like biking, crafts and art) and how its products can add a layer of enjoyable organization to those passions. The campaign includes a new digital video depicting people using the products as an essential part of their projects. One woman uses a tool storage bench to store her art supplies, for instance, while another man uses a similar bench and bike storage system to get ready for a ride. “Passion isn’t something that should be stored away,” a voiceover says. “But something that should be set loose.”

This is the first brand effort for the company, which had focused on product specific advertising in the past, without really building an identity for itself, Gillespie says. “Our brand is that people don’t know about us. [But] once people know about us, they really love us,” she says. “This is a shift to a more emotional effort.”

The brand relaunch also includes new identity work (including dropping the words “GarageWorks” from its name), expanded product lines (such as new “Gladiator Packs” tailored for specific activities like gardening and biking) and an effort to expand its target. Accordingly, the brand is also updating its website to appeal to a variety of specific passions, and use its blog for ways to use the company’s products for passion-specific tasks.

“There’s a whole world of people who have various passions,” Gillespie says. “We’re really broadening that out.”

The campaign will run primarily through paid media on social media such as Facebook, Instagram and Pinterest, as well as through the brand’s owned channels. Agencies behind the campaign and brand re-launch included: Digitas, Ogilvy, Motion PR and ARS.