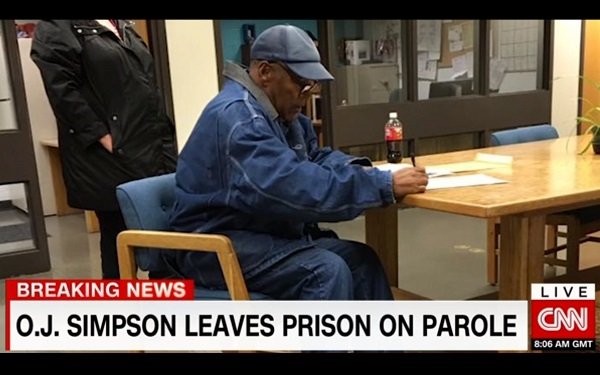 Is anything on TV advertiser poison anymore?

The question arises from reading a story this week on The Hollywood Reporter Web site that suggests advertisers will not support TV shows featuring new interviews with O.J. Simpson.

Simpson was released from a Nevada prison last Sunday, and the THR story says he is now seeking a seven-figure payday from any TV network willing to shell out the money for his first post-prison interview.

The story says ABC, CBS and NBC have all passed, based on their policies of not paying for interviews (a policy with loopholes, by the way). The story also said cable networks such as A&E and Discovery have passed.

The story's hypothesis is that Simpson is a turn-off for both sponsors and audiences. Based on a handful of interviews with media types, the story concludes that neither advertisers nor viewers would support any show or network that gives Simpson a platform.

What a quaint notion this is. Not to disparage the story, since we've all written stories like this that put forth the idea that advertisers might shy away from a TV show based on its content -- whether violent, profane or controversial.

And maybe it's true concerning any prospective television interviews with O.J. Simpson. But those stories referenced in the paragraph above were all a long time ago.

In today's anything-goes TV environment, I don't think anyone shies away from anything -- not advertisers and certainly not viewers.

What is so quaint about the idea that advertisers will be reluctant to showcase their brands during a televised Simpson interview?

It's just that the very idea seems outmoded. There is evidence to suggest on TV every day that advertisers and agencies are seldom still in the business today of actually assessing TV content for its suitability as an environment for their messages. Or maybe they do at least some of this.

Just look at the news channels. They carry commercials during the coverage of heinous news stories such as this week's massacre in Las Vegas. Advertisers don't seem concerned that their brands will somehow be associated with the violence in Vegas.

And speaking of violence, as noted here many times, violence in all of its extreme glory is a staple of television today -- on broadcast, cable, streaming, you name it. And wherever the content is ad-supported, there are plenty of commercials.

In the olden days, it was true: Networks would be concerned that a major advertiser would be turned off or offended by any number of aspects of a TV show. It’s why TV was so tame, compared to today, for much of its first three decades or so (or more).

But today? My own take on an O.J. interview in prime time is that many people would watch -- whether they are turned off or not by him. As a result of this expected bonanza of eyeballs, sponsors could be found that would agree to place their commercials within the show.

Besides, I have been under the impression lately that a great many commercials are not even placed by humans anymore. So who knows what shows they end up in?