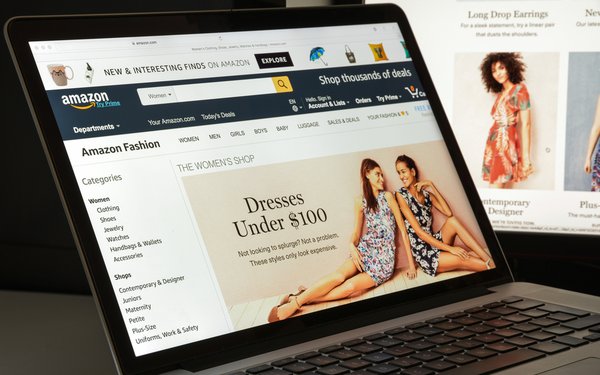 While forecasts call for healthy increases in overall spending this holiday season, the number of Black Friday and Thanksgiving weekend shoppers will continue to drop — with in-store shopping taking a particularly marked hit, according to the latest consumer research.

Just 30% of U.S. shoppers surveyed last month by Market Track said they planned to shop in physical stores on Thanksgiving Day, versus 50% saying the same last year. Forty percent said they plan to shop in-store on Black Friday this year.

PwC yielded similar findings in a survey of 2,395 U.S. consumers. Only 35% who said they plan to shop during Thanksgiving weekend said they will shop on Black Friday versus 51% in 2016 and 59% in 2015, reported The Washington Post.

These are continuations of recent years’ trends. In 2016, the total number of in-store and online shoppers over the full Thanksgiving weekend rose by 3 million, or just under 2% — to 154.4 million, from 151.4 million in 2015, according to consumer surveys conducted for the National Retail Federation. However, the 2016 total was 32% lower than 2011’s.* And the number saying they shopped in-store during 2016’s T-Day weekend declined by 3 million, to 99 million, while those saying they shopped online increased by about 5 million, to 108 million. (Some shoppers did both.)

Retail analysts cite several converging dynamics behind these changes, including the obvious ongoing consumer movement toward e-commerce, and retailers’ strategic decisions to put less concentration on Black Friday and T-Day, in favor of offering sales and discounts not only throughout the holiday season, but year-round.

Not to mention that regardless of where shoppers make their online purchases, most believe that the best deals on the most popular holiday gifting items — electronics, TVs and sporting goods — can be found online versus in-store, according to Market Track.

“The decline in both store traffic and positive consumer sentiment towards Black Friday in-store events is well-documented. The reality is the battlefront has shifted to digital commerce, and that trend is only going to pick up steam,” said Ryne Misso, director of marketing at Market Track. “This holiday season, look for Black Friday to morph into Cyber Friday, where the top deals and unique shopping experiences will take place, perhaps first and foremost, online.”

Amazon — the e-commerce phenomenon that’s responsible for much of online’s momentum — looks to emerge as the biggest beneficiary of the continuing shift.

More than 80% of shoppers in Market Track’s survey pan to shop Amazon this holiday season—up from an already “astounding” 74% who said the same last year, note the researchers.

Now that it owns Whole Foods, and it offers a large assortment of consumables products online, Amazon is also expected to further differentiate itself—and boost its revenue and profits—by pushing purchases of grocery products as add-ons while consumers are shopping for holiday gifts online.

Of course, Wal-Mart has invested huge sums in delivery and pickup capabilities — not to mention price discounts and marketing — to take on  Amazon online. And while few think it will come close to Amazon’s sales in the near future, those investments are already paying off, and will almost certainly compound their results over the holidays.

Further, when it comes to in-store shopping, Market Track’s respondents cited Walmart as their top destination.

Perhaps surprisingly, given Americans’ obsession with social media, just 5% plan to look for sales and deals on social media sites, and just 21% plan to make purchases directly from platforms like Facebook, Instagram and Pinterest.

Tech and Other Holiday Shopping Trends

Based on its survey and recent shifts in the retail landscape, Market Track points to several key trends affecting holiday shopping this year:

To compete this year, retailers will need to make shopping and buying easy and available anytime, anywhere. “Technology has enabled shoppers to exist in a perennial ‘buy’ state, and successful brands and retailers have become experts at seizing the moment of influence, whenever and wherever that may be,” note the researchers. “This holiday season, retailers must make the purchase easy whether a shopper transacts online, on their phone, in the store, on social media, or via other digital avenues — and they must present any and all methods of fulfillment to ensure that the experience is seamless.”

Retailers will start incorporating voice-activated buying. Amazon’s Prime Day this year “provided an early look into the direction of voice commerce, as Amazon educated Prime Day shoppers on how turn Alexa into their own personal shopper,” observe Market Track’s analysts. “Look for Amazon, Walmart and Google to integrate voice commerce into their holiday shopping experiences, offering deals that can only be unlocked by first saying ‘Alexa’ or ‘OK Google.’”

Market Track’s survey respondents represented even distribution across gender and representative sampling across age groups, according to the company.

*The article originally incorrectly stated that the 32% drop occurred last year, rather than between 2011 and last year.