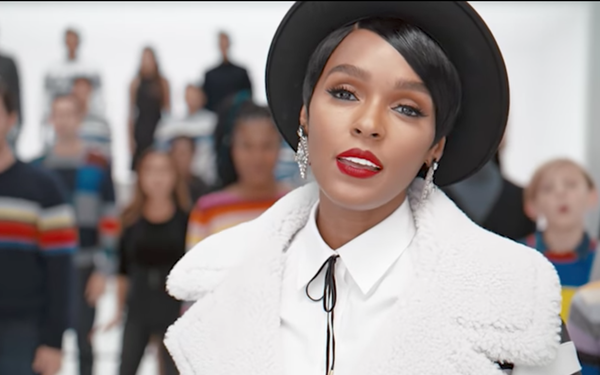 New research from the National Retail Federation points to a healthy increase in sales this holiday season, with the average consumer spending $967.13, a 3.4% increase from last year. It’s also tracking record numbers of imports, indicating that people will have plenty to choose from once they start buying. But that forecast comes as the line between retail’s haves and have-nots is intensifying: Amazon just predicted a fourth-quarter sales increase of between 28% and 38%, while J.C. Penney is warning investors its full-year sales will come in between flat and a 1% decline.

The NRF data, with research conducted by Prosper Insights & Analytics, underscores the widening rift. For the first time in the history of its survey, online is the No. 1 holiday shopping destination, named by 59% of consumers. Department stores come in next at 57%, discount store stores at 54%, and grocery stores at 46%.

The data also paints a happy picture of consumer’s household finances. “With employment and incomes increasing, consumers are more confident this year and that is reflected in their buying plans for the holidays,” says NRF President and CEO Matthew Shay, in the report. “Retailers have been stocking up in expectation of this, and all signs are that this will be a busy holiday season.”

Only 27% of the more than 7,300 people surveyed say worries about the economy will dampen their spending, down from 32% last year, and the lowest since 2009, when the NRF first began asking the question.

Meanwhile, J.C. Penney says that due to a “reset” on pricing in women’s clothing, it now expects that comparable store sales will inch up between 0.6 % and 0.8 % in the third quarter, and updated its full-year guidance for comparable store sales, now expected to fall between flat and 1% dip. The news shook investors, setting off a reaction in shares of Macy’s and Kohl’s, as well.

But brick-and-mortar brands are still doing their darnedest to win sales for the holiday. Gap, which earlier this year said it would begin shuttering hundreds of Gap stores to focus more fully on its Old Navy and Athleta brands, is rolling out a new “Meet Me in the Gap” holiday campaign, starring R&B singer Janelle Monáe.

The campaign, an extension of the Cher + Future effort launched for fall, features the Grammy-winning Monáe harmonizing with six different choir groups, performing an infectious acapella version of Freddie Scott’s “You got what I need.”

The effort is slated to start November 6, with ads running on TV, mobile, social, in store and digital, including takeovers on ABC, YouTube, Vevo, Hulu and Spotify, with a live commercial integration with "Late Late show with James Corden" during Thanksgiving week. The campaign also includes short videos and print, featuring a mix of families and influencers. The San Francisco-based retailer says it’s also continuing to partner with Spotify, sponsoring “Pop Christmas.”