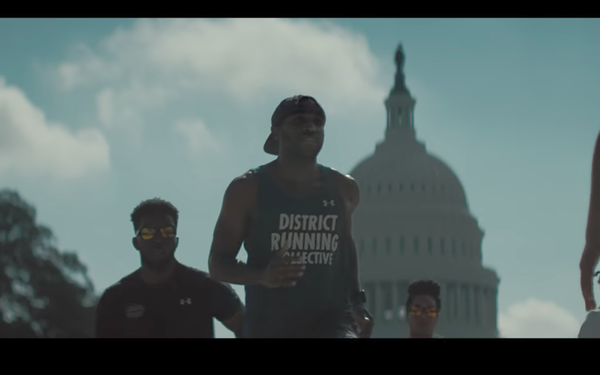 Well, that didn’t go well: Formerly fit Under Armour just announced its first sales loss since becoming a publicly traded company back in 2005, and cut its forecast for the full year. (That’s on top of already trimming its outlook a few months back.) While its growth has been slowing for some time, it looks like the usual excuses—a slowdown in the athleisure trend, for example, and massive dysfunction at key sporting goods retailers–are losing the ability to reassure investors, who are stampeding out the door. The downturn makes it one of the worst performers in the S&P index this year.

Perhaps most disheartening is the decline in sales of women’s apparel, despite aggressive marketing. Overall apparel sales sank 8%, including outdoor, women's training and youth. And while footwear sales nudged up 2% to $285 million, led by running and outdoor shoes, basketball and youth shoe sales declined. Its biggest athlete endorser is Golden State Warrior Stephen Curry, and it hasn’t helped Under Armour that Curry 3 didn’t live up to expectations and that the launch of the Curry 4 was delayed.

Like rival Nike, Under Armour is facing a U.S. environment where consumers are finding it easier to bypass their products. And Adidas, which recently bested Nike’s Brand Jordan to become the second-best selling shoe brand in the U.S., according to NPD Group, is tearing up the turf.

In its announcement, Under Armour founder and CEO Kevin Plank says it is "working aggressively to evolve our strategy and level of execution to proactively address these challenges,” including a push to “amplify innovation, deliver fresh product and connect even more deeply with our consumers."

Observers seem skeptical that Plank, the company’s largest shareholder, will be able to pull it off.

While noting that there’s been a pronounced slowing in demand for both athleisure and sporting apparel, Under Armour’s “calamitous” numbers “demonstrate issues with the brand and its proposition,” writes Neil Saunders, managing director of GlobalData Retail. He blames the company’s abrupt decline, in part, to its failure to win with women. Earlier this year, it launched its massive “I will what I want’” campaign from Droga 5, starring women like ballerina Misty Copeland, skier Lindsey Vonn and most recently, Syrian swimming champ Yusra Mardini.

Saunders also faults the apparel maker for an overall lack of mission: “Its proposition and purpose have become confused…. just another brand in a sea of brands.”

“Under Armour is not so broken that it cannot be fixed,” he writes. “But the days of glory, when it would post double-digit uplifts in sales, are over.”

And indeed, some—including Paul Trussell, an analyst who follows the company for Deutsche Bank, which currently rates the stock as “sell”–already see some improvement. “We do see some green shoots in the current product offering including the Curry 4, which looks to put the footwear business back on track, the Unstoppable Collection which works to become a viable lifestyle line, and the new ArmourBox subscription which includes free shipping and membership,” he writes.

Still, he says, “although we do see some positives, we still believe Under Armour continues to be structurally challenged with a highly elevated promotional environment expected to persist into the Holiday season, markdown concerns, the need for heavy spending on marketing and innovation, and the inability to grow earnings in the face of declining sales growth.”