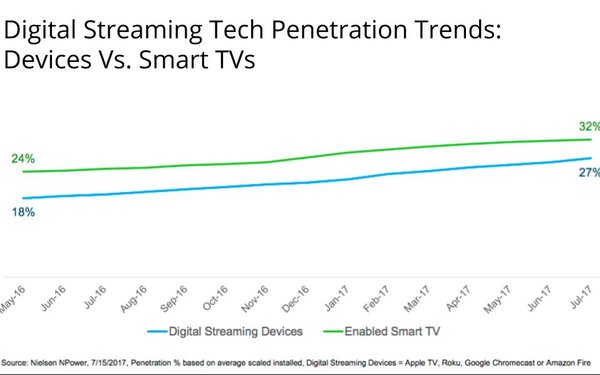 Digital streaming technologies -- either via a standalone device or a smart television set -- are now present in about a third of U.S. TV homes and are beginning to have a pronounced effect on the way people watch the medium.

Those are the findings of a “Device Acquisition Study” conducted by Nielsen this summer and presented to clients during its recent national client meetings in New York and Los Angeles.

The study estimates that enabled smart TVs have penetrated 32% households, while streaming devices -- such as Roku, Google Chromecast, Apple TV and Amazon Fire -- are now in 27%.

The study finds that penetration figures are significantly higher in younger households.

Most significantly, Nielsen found that the presence of digital streaming technology dramatically impacts viewing patterns and that households equipped with such technology watch appreciably less “traditional TV” than homes that do not (see charts below).

Nielsen described these studies as “longitudinal” and noted that the erosion of traditional TV viewing appears to increase over time in households adopting digital streaming technologies. 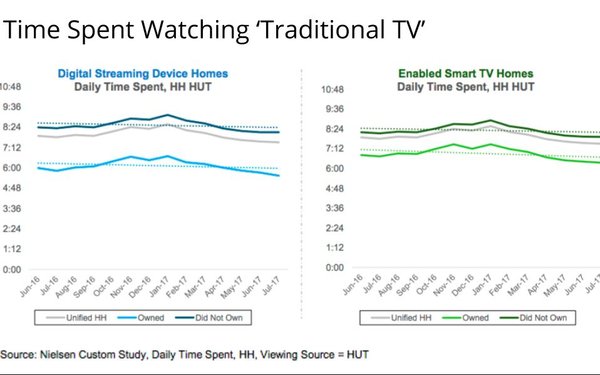