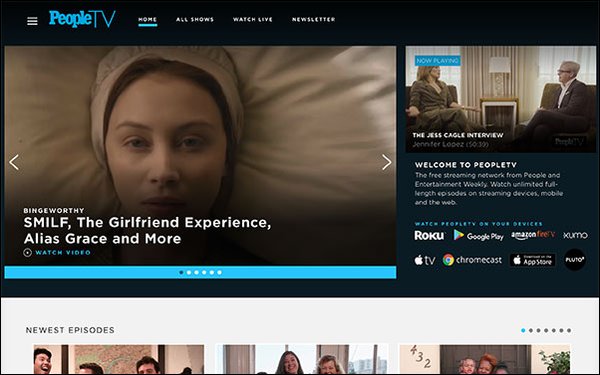 Time Inc. has made a deal with Twitter to stream its OTT network PeopleTV on the social platform. Time Inc. will stream select real-time programming on the Twitter handle @PeopleTV starting November 20.

Advertisers will be able to sponsor and promote across both Twitter and the PeopleTV network. The two companies will share advertising revenue from ads sold on Twitter, according to a Wall Street Journal report.

“This isn’t about a half-hour show; it’s about a full commitment to reaching Twitter on a 24/7 basis,” Ian Orefice, Time Inc.’s head of programming, told WSJ. “Twitter will give us the ability to connect with viewers in real time as they use the platform.”

PeopleTV launched in 2016 as People/Entertainment Weekly Network (PEN) to produce short- and long-form programming covering celebrities, pop culture and lifestyle, but changed its name to the more recognizable PeopleTV this fall.

Its app has been downloaded over 2 million times, and PeopleTV content has 100 million views across platforms in 2017 so far, according to Time Inc. In 2017, PeopleTV will have 300+ hours of programming and four-to-five hours of live TV each week, Orefice added.

The partnership is a good deal for Twitter too, which has struggled  to keep up with the growth of other social platforms like Facebook and Snapchat.

For Time Inc., the deal is another example of the publisher testing out new ways to expand its digital video production and snag more advertisers, when print and newsstand revenue are declining. The company cut 300 jobs in June, though it reached a record 1 billion monthly digital video views in April and expects to produce more than 50,000 videos and over 1,500 live programming hours this year.

One of the draws of streaming on Twitter is the interaction with audiences. Each stream will be accompanied by a Twitter timeline, with a real-time conversation panel so audiences can tweet while watching.

“Entertainment is one of the most talked about topics on our platform, as pop-culture fans turn to Twitter every day to see what’s happening,” stated Anthony Noto, Twitter’s COO.