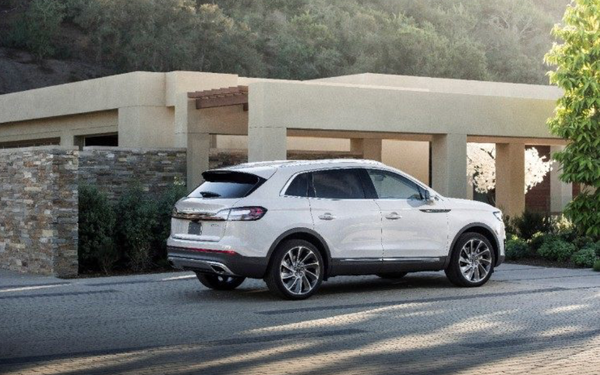 LOS ANGELES — The Lincoln Motor Co. unveiled the new Lincoln Nautilus, a midsize luxury SUV that replaces the Lincoln MKX, at an exclusive party on the roof of Dream Hotel Tuesday night.

Held during the media preview days of Automobility (the Los Angeles auto show), instead of focusing on journalists, the automaker took a different approach. About 400 guests were invited to the party, which included a musical performance by St. Paul and the Broken Bones. The invite list included luxury segment influencers as well as Lincoln dealers’ best customer lists.

Nautilus joins the recently unveiled 2019 MKC, which might be one of the last Lincolns with an alphabet-soup name, Robert Parker, director of marketing, sales and service for The Lincoln Motor Company, told a group of journalists gathered for a sneak peek of the Nautilus on Monday afternoon.

“We are moving away from the lettering concept” for names, Parker says. “In China, in particular, it’s a challenge” to use letters instead of words. He relayed the story of sitting on a parking lot shuttle at the Detroit airport recently when, after being asked by the driver which make and model car they drove, a couple began to argue over which initials made up the name of their Lincoln vehicle.

The automaker is also prepping a new Navigator campaign, breaking in the spring, Parker tells Marketing Daily. The campaign, from AOR Hudson Rouge, will continue to feature actor Matthew McConaughey.

McConaughey also will appear in Spanish language spots for the Navigator created by Lincoln’s Hispanic agency, Zubi. The effort wasn’t part of the original deal but McConaughey speaks Spanish, so asking him to appear in that effort was a natural fit, Parker says.

Lincoln’s midsize SUV continues to attract new clients to the brand, with a conquest rate of nearly 40%. New clients are crossing over to Lincoln from Cadillac, Lexus and more.

For customers seeking a personalized experience, Lincoln Black Label is available for the new Nautilus. Lincoln Black Label not only provides premium materials in specially curated designer themes, but also offers a host of membership privileges such as annual vehicle detailing, anytime carwashes, and access to a select list of restaurants where noted chefs will provide an at-your-service dining experience. Gala, a new Lincoln Black Label theme, debuts on Lincoln Nautilus, taking its cues from the world of haute couture at New York’s Met Gala.

Lincoln also announced a new partnership with Clear, a prescreening-for-a-fee service that allows flyers to bypass TSA lines. The service is also coming to stadiums, offering an alternative to long lines for security screening. Starting in January, new Lincoln owners will receive a complimentary six-month membership for themselves and a partner. Lincoln Black Label clients will receive yearlong memberships.

The automaker continues to tweak its “Lincoln Way” pilot program designed to make the sales and ownership experiences more effortless. Currently in a pilot via 10 dealers nationwide, the service includes test drives and sales completion at customer homes. After purchase, it continues with pickup and delivery for maintenance services. It includes an app which enables customers to see where their vehicle is at in the process.

Seventy-five dealers have applied to be in the program as it expands, and the automaker is currently reviewing those apps, Parker says.