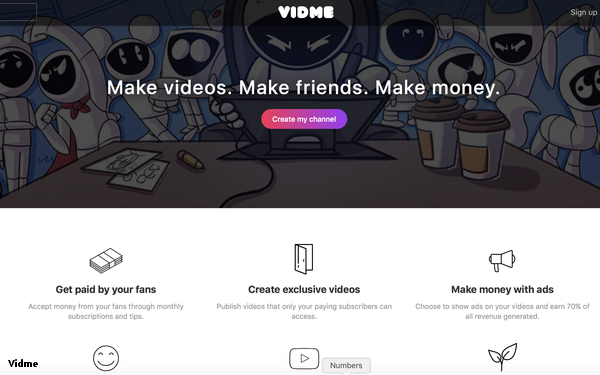 Vidme, a video-sharing site that described itself as a blend of YouTube and Reddit, will shut down later this month, founder Warren Shaeffer wrote in a blog post Friday.

The site will stop uploads effective immediately, with videos viewable and exportable until Dec. 15. Paid channel subscriptions will be suspended immediately as well.

Vidme has raised more than $9 million from investors since it launched in 2014.

Shaeffer said that while subscriptions were bringing in money, the company was unable to compete with giants like YouTube for advertising revenue. Shaeffer cited the trove of user data that Google and Facebook collect as putting independent companies like Vidme at a disadvantage, as well as the problem of scale.

“Few advertisers are willing to negotiate direct deals with platforms that don’t have enormous scale, meaning ad-revenue rates are lower for newer platforms,” he wrote. “In turn, there’s less overall revenue to be shared with creators, which means creators are less likely to support newer platforms for a sustained period of time.”

He also wrote that brands want their content to appear in “safe,” environments, and that the company didn’t have the resources to tackle that problem.

“Unfortunately [brand-safe content] is a subjective designation, which is difficult to define and enforce.”