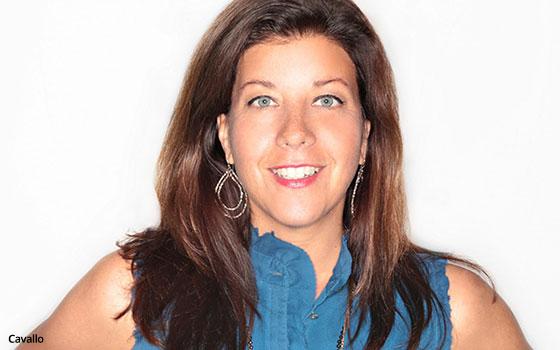 Interpublic Group’s The Martin Agency, roiling amidst a sex harassment scandal, has replaced its CEO Matt Williams. The incoming CEO is Kristen Cavallo, who is returning for a second tour of duty at the shop, this time as its first female chief executive.

A little over a week ago the agency’s former creative head Joe Alexander was ousted amid allegations of sex harassment that apparently spanned his nearly-two decade stint at the agency.

For the past seven years, Cavallo has been an executive leader at Martin sibling agency Mullen, then MullenLowe Group, most recently in the role of U.S. Chief Strategy and Growth Officer, where she oversaw strategy and helped manage business development for the agency’s four U.S. offices.

Prior to that role, Cavallo was President of Mullen's flagship office in Boston. Before joining Mullen, Cavallo spent 13 years at The Martin Agency, rising from strategic planning director to the role of Senior Vice President, business development, for the Richmond-based agency.

“The Martin Agency has established its place as a storied brand, serving great clients and producing some of the industry's most awarded creative work. Kristen spent her formative years at the agency, so she knows how special a place it can be. She has also spent a number of years away from the agency, at one of the most progressive companies in the IPG portfolio, helping it develop its fully integrated offering, and grow into first a national presence, and more recently an international network. As a result, she brings with her a unique perspective and a fresh set of eyes that can inform The Martin Agency's future.”

Roth added, “Kristen has been described as bringing stability and purpose to teams and organizations, even those on unstable ground. When she oversaw business development at The Martin Agency, the firm doubled in size and was named Agency of the Year by Adweek. At the helm of MullenLowe’s Boston operation, and then as the head of strategy and growth for their U.S. operations, she helped drive double-digit growth at that network. Kristen loves a challenge and we’re very happy she’s agreed to take on this key role in what has for many years been her home town.”

Cavallo is said to be a long-standing champion of women’s issues. She was an inaugural board member of IPG’s Women’s Leadership Network in 2007. She has spoken on women’s issues at the 3% Conference, the Cannes Lions International Festival of Creativity and Hult International Business School. She is twice a winner of the Jay Chiat Award and was named an Ad Age Woman to Watch in 2014.

Cavallo stated: “This is an important moment. I want people to feel the possibilities that exist for this agency. They are talking about us, but soon I hope they are rooting for us. As a strategist, I love opportunities for transformation, and feel fortunate to play a part, with the full support of Interpublic and its leadership, to help re-write the ending of this chapter. Obviously, there is a need for a new direction, and the culture has to evolve. To be the first female CEO of this agency, in this year, under these circumstances – the weight of this isn’t lost on me. It’s going to be hard, but we can do hard things. As a mom, I want my kids to see that, and to set an example that resilience and possibility matter.”

Interpublic noted that as it continues with its ongoing investigation at the agency, “and in order to support Ms. Cavallo during the period of leadership transition, The Martin Agency will report directly to IPG.”

The Martin Agency is the second IPG shop in as many years where the holding company made a relatively swift leadership change amidst scandal. Last year the head of Campbell Ewald was replaced in the wake of a racist incident at its San Antonio office.

Earlier in the fall IPG reiterated its “zero tolerance” for harassment of any kind by employees.

Williams, 50, joined The Martin Agency in 1991 as an account director. He was named CEO of the agency in December 2012.