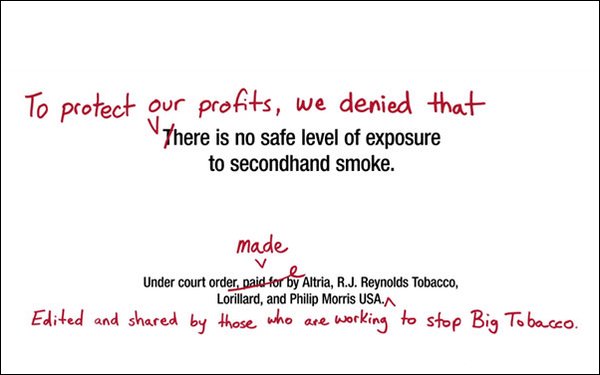 Minnesotans for a Smoke-Free Generation (MSFG) and its co-chair ClearWay Minnesota have selected Haberman as the new agency of record for the tobacco-control advocacy group following a formal review.

Clarity Coverdale Fury was the incumbent.

Haberman’s initial work will specifically focus on promoting Quitplan Services, the organization's smoking cessation offering, and continuing the “Stop the Start” campaign, which focuses on keeping youth and young adults away from tobacco.

First up is a campaign that serves as a reaction to the new tobacco industry advertising that features court-ordered statements to acknowledge dangers with smoking and addiction.

The centerpiece for this creative is the website BigTobaccoLied.com, which features these court-ordered corrective statements, edited to show how the tobacco industry attempted to hide the dangers of smoking.

The tobacco companies’ ads will run on TV and in print for one year. The campaign from MSFG will run through the spring and will emphasize social media, an especially important medium for young people and one that’s not required for the tobacco company ads.

While campaigns for ClearWay Minnesota will initially only run in Minnesota, other states and countries consistently ask the organization for its work, or simply to re-tag the messaging, says an agency spokesperson.

To date, campaigns and work from ClearWay Minnesota have run in more than 30 states and five countries.