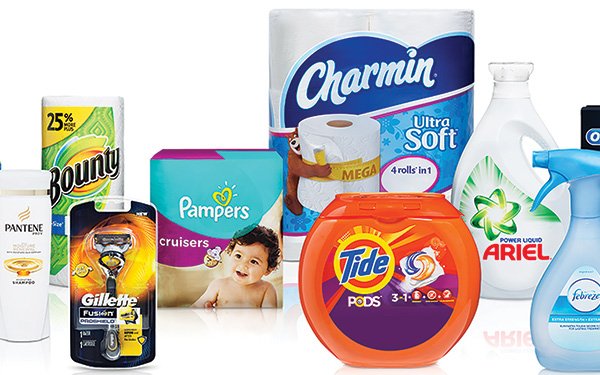 As the largest advertiser in the world, Procter & Gamble has always commanded the attention and respect of media, agencies and competitors. But its voice and impact — in the person of Chief Brand Officer Marc Pritchard — have never been more resonant or impactful than in the past two years.

In August 2016, Pritchard announced that P&G, while not cutting its overall spending on Facebook, would be scaling back on its use of highly targeted Facebook ads.

The global CPG company would still use targeted ads for niche brands — such as marketing diapers to expectant mothers — but return to emphasis on a broader reach and frequency strategy for mass brands like Tide and Crest, he told The Wall Street Journal. P&G would actually increase its overall spending in the large digital platforms and broad-reach traditional platforms like television, but reduce use of websites lacking sufficient scale.

Bottom line, P&G had determined that paying a premium for Facebook’s targeting was not a cost-effective strategy for supporting and growing mass brands. One example cited by WSJ: Febreze sales stalled when P&G tried targeting ads at households with large families and pet owners, but increased when Facebook and other media targets were expanded to include all consumers over 18.

“We targeted too much, and we went too narrow — now we’re looking at: What is the best way to get the most reach, but also the right precision?,” Pritchard said.

The results of P&G’s pivot began to be seen within weeks. “In its conversations with advertisers, Facebook now talks less about targeting, preferring to emphasize the sheer numbers of consumers that it can help brands reach,” advertising strategist Ian Leslie wrote in September 2016 on FT.com.

But P&G was just getting started. In a shot heard ‘round the media and advertising worlds, Pritchard kicked off 2017, and his chairmanship of the Association of National Advertisers, with a scathing assessment of the digital media ecosystem, delivered at the Interactive Advertising Bureau’s Annual Leadership Meeting.

Summing up the media supply chain as “complicated, non-transparent, inefficient and fraudulent,” he said P&G had “come to its senses,” and would no longer let the false lure of digital’s “latest shiny objects” distract it from focusing on the quality of ad creative and other marketing essentials. “We have a media supply chain that is murky at best and fraudulent at worst,” he said. “We need to clean it up, and invest the time and money we save into better advertising to drive growth.”

Pritchard issued an ultimatum, giving media suppliers and agencies a year to comply with its demands or see P&G move its business elsewhere. Digital media partners must adopt Media Ratings Council-accredited third-party verification; adopt the MRC Viewability Standard as a minimum requirement; and get certified by the Trustworthy Accountability Group to prevent ad fraud. All agency contracts must be fully transparent, and require transactions audits.

Pritchard made it clear that P&G was rallying the industry to follow its lead: “P&G is taking action because it’s good for consumers, good for our business, and responsible for the industry. Don’t be fooled by the myths. Don’t accept the excuses. Don’t wait for someone else to move. Don’t be daunted by the task. Take one step at a time. There is tremendous power in the collective force of our industry.”

Following an early 2017 scandal in which brands discovered that their ads had helped fund terrorist videos on YouTube, P&G’s concerns about brand safety and fraud (bot-driven “views”) caused it to temporarily freeze its advertising on YouTube and slash the number of sites on which it advertised. (Site numbers dropped by 55% to 69% between January to April, although they rebounded somewhat as the year progressed, per MediaRadar.)

In July, P&G again made waves by reporting, in its fiscal fourth quarter (April to June) results, that it had cut its digital marketing spend by more than $100 million during that period — without  seeing a decline in its growth rate. That fact showed that the media spend which had been cut had been “largely ineffective,”  said company CFO Jon Moeller.

CEO David Taylor said P&G would quickly move to trim any marketing (or other) investment that isn’t delivering. “We’re not going to follow a formula of how much you spend or share of voice,” he said. “We want every dollar to add value for the consumer or value for our stakeholders.”

P&G’s willingness to take far-reaching actions that break from the pack have yielded impressive results. Facebook, Google and others have updated their standards to reflect P&G’s demands. By mid-December 2017, Pritchard was quoted as saying that the changes he called for 11 months prior were 80% complete, with the one remaining piece — MRC’s final accreditation standards — in process.

Looking forward, Pritchard has said that P&G’s focus, and the industry’s, should be on ensuring that ads are placed in quality content; on innovating in ad formats (in part with the knowledge that digital ads are viewed for 1.7 seconds, on average); and on using data to roll out one-to-one marketing.

Overall, P&G plans to cut some $2 billion in marketing spending (including $1 billion in less efficient media and supply-chain waste) over five years, as part of $10 million in corporate cost cuts. At the same time, it’s vowed to significantly increase ROI by becoming “irresistibly superior” in consumers’ view.