Bold Prediction For TV In 2018: Guns, Guns And More Guns 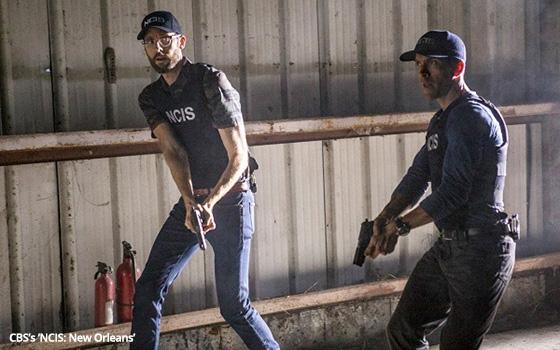 Bet on this and it will be the easiest money you ever made: TV in 2018 will bristle with guns.

Or more to the point: TV in the new year will continue in its role as a kind of national showcase for violence in all its forms.

Much of the bloodletting will be gun-related. TV -- perhaps even more than movies in recent years -- has become a veritable celebration of violent acts that are casually committed.

Just a few seasons ago, I remember writing a whole column on how easy it seemed to be for so many characters then on TV to walk up to other people and without hesitation, shoot them in the head.

None of this has abated since then. On the contrary, violence on TV has only become more widespread. It is so common that except for a very small handful of TV dramas, it appears to be everywhere you look on TV today.

It really has been the single most continuous trend in television content in my career: The expansion -- and by now, acceptance -- of violence on TV.

The creators and producers of most of the dramas on TV, along with their network front-office enablers, apparently see the world as a never-ending series of violent events. It is possible that they believe their audiences see the world in much the same way.

Thus, in piling on even more violence for people to watch on TV, producers might feel that they are providing something that people want and expect from them.

And as the years go on, that becomes a self-fulfilling prophecy. By now, there has been so much violence on TV for so many years that almost no one bats an eyelash over it anymore.

Nor do very many people seem to acknowledge its deleterious effects. I have made this observation for years: Consuming a steady diet of violent, anti-social content on TV can make one irritable, tired, depressed, bleary-eyed and short-tempered.

In 2018, I fully expect to feel all of these again as the parade of new and returning TV shows passes before me.

Here's a prediction I would love to make: In 2018, TV will suddenly ease up on the casual bloodshed that has been its stock-in-trade for decades. My advice: Don't bet on it.