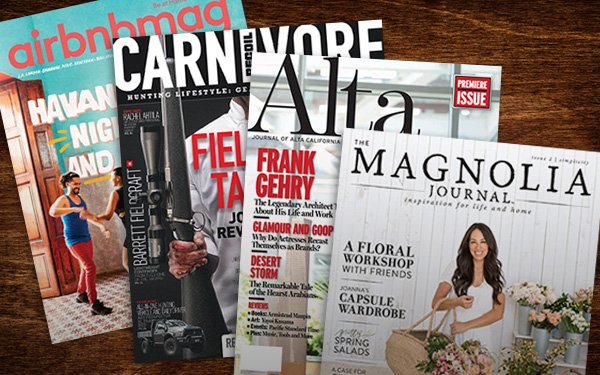 Mr. Magazine — or Sami A. Husni, the director of the Magazine Innovation Center at the University of Mississippi, School of Journalism and a renowned magazine expert — has selected the 20 “hottest” magazine launches of 2017.

In February, the annual list will be whittled down to one — and that magazine will win “The Launch of the Year” at the American Magazine Media Conference hosted by MPA: The Association of Magazine Media.

Mr. Magazine noted a number of legacy publishers launched new print magazines this year, which he feels “is something that must be recognized because it speaks of the power of the medium.”

“These people aren’t in the business of wasting dollars on something that has no value. In the past, there have been new offerings from publishing giants such as Hearst, Condé Nast, Meredith and the Southern-born Hoffman Media. For companies as distinguished and successful as these to create and bring new titles into this digital world signifies the good health and power of print,” Mr. Magazine noted.

He also mentioned the “entrepreneurs,” who had nothing but “their vision and determination to launch their magazine, no matter the cost to their wallets and their emotions.”

“Some of the best titles we’ve seen in a long time have been from relatively unknown publishers who are not without experience, just without the stolid names that audiences know so well,” Mr. Magazine added.